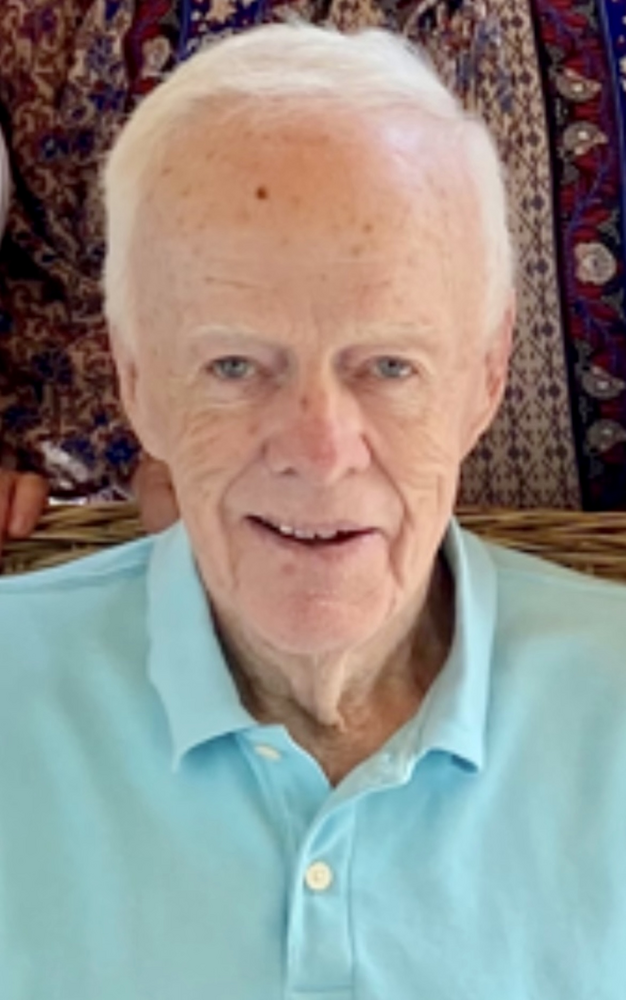 James J. Lucey, 88, of 4 Greenhurst Village, Jamestown, died Monday July 25, 2022, at UPMC Chautauqua surrounded by his loved ones. He was born October 17, 1933, in Brooklyn, NY, a son of the late Joseph and Sarah Graham Lucey. Following graduation from Chaminade Catholic High School on Long Island, he earned a bachelor's degree in Physical Education from the Cortland State University and pursued a master's degree in Guidance from St. Bonaventure University. He was a veteran of the US Army serving from 1955-57. Jim enjoyed a long career employed by the Bemus Point Central School District as a physical education teacher, coach, and athletic director. As an athlete himself, he spent many years playing shortstop in the City Softball Leagues. He was a founding member of the local Wrestling Referees Association and was an officer with the NY State Wrestling Association for many years. Following his retirement, Jim spent time enjoying his family and friends, golfing, and volunteering for: Meals on Wheels, WCA Hospital, Salvation Army Red Kettle Campaign, Special Olympics and working many local 5K and other races. He could also be found on the sidelines supporting many area athletic teams. Jim was a communicant of St. Mary of Lourdes Catholic Church in Bemus Point and a member of the VFW and War Vets Recreation Inc. Surviving is his wife of 65 years, Diane Gregor Lucey, whom he married June 8, 1957; four children Cheryl (Douglas) Gustafson of Bemus Point, Patricia (Stephen) Pembridge of Millers Creek, NC, Michele (John) Novotny of Bemus Point and Christine Lucey of West Seneca; nine grandchildren Matthew (Maggie) Gustafson, Eric (Bri) Gustafson, Kyle (Courtney) West, Kayce and Allision West, Dr. Sarah Novotny, Alex (Stephen) Carroll, Jack Novotny and McKenzie Lucey; two great grandsons Anderson and Graham West; a brother Robert (Evelyn) Lucey of Geneva NY and many loving nieces and nephews. Besides his parents he was preceded in death by a brother Joseph Lucey and a sister Patricia Pettit. No visitation hours will be observed prior to the funeral mass. A funeral mass for family and friends will be celebrated on Friday, Aug. 5, at 10am at St. Mary's of Lourdes Catholic Church in Bemus Point. Reception for all to follow in the church hall. A celebration of Jim's life will be held on October 15th. Details will be announced at a later date. In lieu of flowers, memorial contributions may be made to the Bemus Point and Fluvanna Fire Departments and Meals on Wheels (Jamestown). You may leave words of condolence at www.lindfuneralhome.com