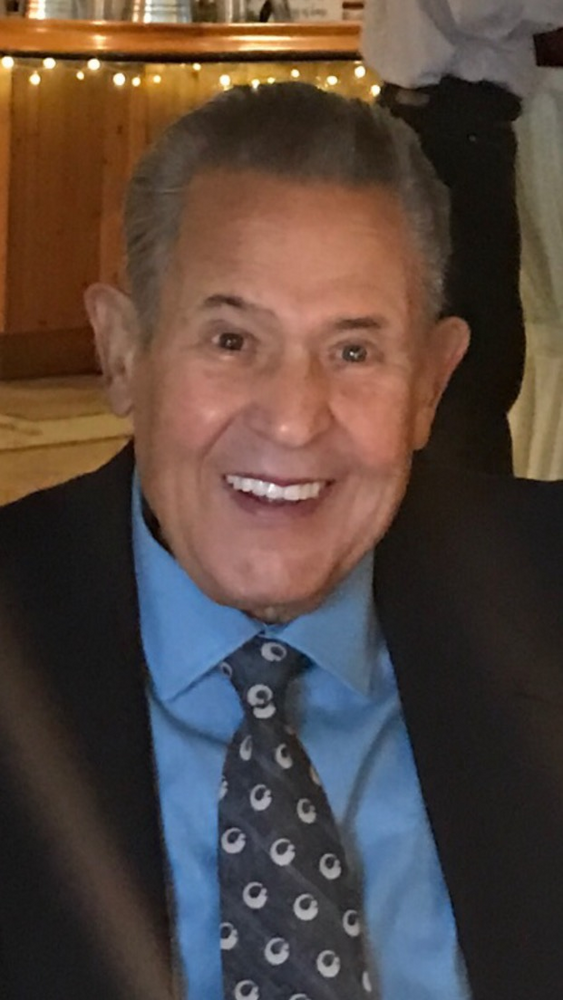 Francesco "Gino" Iuculano, 83, of 833 Newland Avenue, died Monday August 1, 2022, in UPMC Hamot, Erie, PA. A native of Tortorici, Sicily, he was born September 17, 1938, a son of the late Sebastiano and Carmela Trusso Iuculano. Gino came to America with his family in 1958 and returned to Italy to marry the love of his life Erminia Trusso July 5, 1961. Prior to his retirement he was employed by MRC Bearings for 36 years as an inspector. He earlier had worked at Chase Interiors. He was a communicant of St. James Catholic Church and a member of the Marco Polo Club. He was a carpenter by trade and his home was never without a project. His love for his family was immeasurable. When anyone walked into his home they were greeted with his beautiful smile and more love than anyone can imagine. The more people around his table that he could feed the happier he was. He has left a legacy that will never be forgotten and will continue through his children and grandchildren. The family wishes to give special thanks to the Davita Unit of Warren, ICU Unit at Hamot and Jamestown Urology for always going above and beyond for all his needs. Surviving is his wife of 61 years Erminia Iuculano; two daughters Maria (Carl) Gullotti and Jeanette LoBello both of Jamestown; daughter in law Ann Iuculano of Jamestown; nine grandchildren Gabriella and Frankie Iuculano, Josh and Nick Russell, Chad Laska, Allessia Gullotti, Bianca (Erik) Hoovler, Christopher Gullotti and Marco LoBello; great grandchildren Arkin, Ivar, and Amelia Hoovler, Aurora Gullotti and Olivia, Nora and Ella Russell; a brother Joseph (Sandy) Iuculano of Jamestown and a sister Sarah Boscia of Jamestown. Besides his parents he was preceded in death by a son Sebastian "Busty" Iuculano May 14, 2019. A Mass of Christian Burial will be celebrated at 10 am Friday in St. James Catholic Church. Burial will be in Holy Sepulchre Cemetery. Friends will be received from 4-7 pm Thursday in the Lind Funeral Home where a Christian Wake service will be led at 3:45 pm. Memorials may be made to St. Susan Center. You may leave words of condolence at www.lindfuneralhome.com.

Share Your Memory of
Francesco
Upload Your Memory View All Memories
Be the first to upload a memory!
Share A Memory