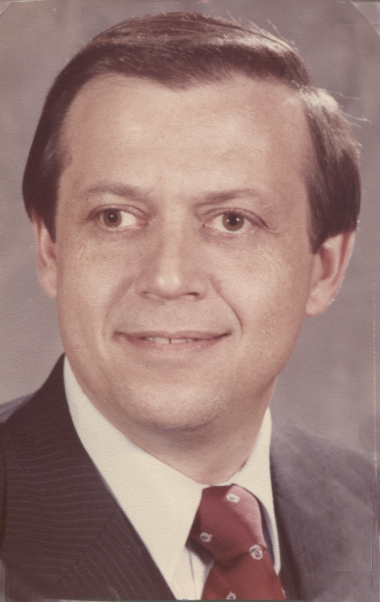 Merrill G. Rosen, 82, of Jamestown, NY, passed away unexpectedly at 1:41 am Monday, July 25, 2022, in UPMC Chautauqua. A lifelong area resident, he was born October 18, 1939, in Lakewood, NY, a son of the late Jacob "Jack" and Anna Gordon Rosen. He was a graduate of Southwestern High School and attended Jamestown Community College. Before his retirement, Merrill was vice-president of James Broadcasting, Trend Broadcasting, and Media One Group, consisting of WJTN, WWSE, WHUG and WKSN radio stations, where he served the broadcasting community in Jamestown for 52 years. He was hired by his friend Si Goldman in 1961 as an ad salesman working his way up from sales manager to general manager and assuming the vice-president position until his retirement. He truly loved selling advertising, working with Si, and the radio station was his life for many years. In previous years he had been a member of the Temple Hesed Abraham, the Jamestown Area Jaycees, Jamestown Sertoma Club, Mt. Moriah Lodge 145 Free and Accepted Mason, the Jamestown Shrine Club, and the National Broadcasting Association. During his long career in radio, he took many business trips with Si Goldman as members of the National Broadcasting Association. He received numerous awards over the years including the Mickey Mouse award while in Napa Valley California. On April 21, 1983, Merrill was nationally recognized by an invitation to meet President Ronald Reagan at the White House for his role in producing a Job-A-Thon, promoting jobs for the unemployed. This was a strong example of private initiative and indicative of the strong leadership role local TV and radio stations play in community service. It's unheard of, the media putting aside differences to stand united in a common cause. Merrill was very active in the Jamestown community during his career serving as Emcee for the Miss Jamestown competition. He was also instrumental in bringing the first Special Olympics to Jamestown and was one of the original committee members from the temple that organized the Temple Hesed Abraham Sports Dinners that brought hundreds of sports celebrities to Jamestown. He was a big supporter of the Chautauqua County 4-H program and loved attending the County Fair every year. He will be remembered for his love of playing cards with friends, visiting the casino, and loved visiting Atlantic City. Merrill loved spending time with his wife and two daughters and his son-in-law Scott who was like a son to him all these years. Surviving is his wife of 62 years, Patricia Trusso Rosen whom he married March 4, 1960, three daughters; Resa Murray, Rebecca (Scott) Davis, Danniel Rosen all of Jamestown and two grandchildren; Molly and Max Murray. Besides his parents, he was preceded in death by three brothers, Paul, Roy and Daniel Rosen and a sister, Flora Kaminsky. A private service will be held at the convenience of the family. Visitation will not be observed. Burial will be in the Holy Sepulchre Cemetery. Memorials may be made to a charity of one's choice.

Share Your Memory of
Merrill
Upload Your Memory View All Memories
Be the first to upload a memory!
Share A Memory