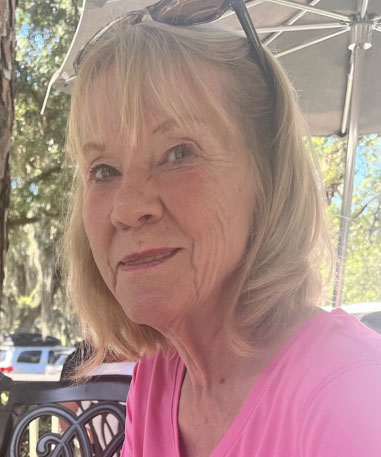 Obituary of Cynthia A. Fish

Cynthia A. Fish, 74, of Jamestown, passed away unexpectedly Thursday morning, August 4, 2022 in her home. She was the widow of Douglas H. Fish, whom she married April 4, 1970 and who died April 28, 2015. Cindy was born October 7, 1947 in Jamestown, one of five children of the late Herbert and Dorothy Mattson Davidson. She was a 1965 graduate of Southwestern Central School and received her bachelor's degree from SUNY Fredonia. A caseworker, she was employed for 26 years by the Chautauqua County Department of Social Services. Cindy was a member of the Daughters of the American Revolution (DAR) and Mothers Against Drunk Driving (MADD). She was an avid TJ Maxx shopper; loved animals, having always supported the Humane Society and rescued many cats; and enjoyed playing cards with her friends. Most importantly, Cindy was an amazing mother, grandmother, great grandmother, and mother-in-law. She loved to travel with her granddaughters and had just returned from a trip to Hilton Head. She was the light of the family! Surviving is her son, Matthew (Kara) Fish of Ashville and daughter, Julie (Matt) Zanghi of Jamestown; six grandchildren: Andrew (Amber) Danielson, Jared Fish, Hannah (Julian) Cöster, Adrianna (Chris) Merchant, Alyssa Knight, and Kaelyn Zanghi; two great grandchildren: Ezekiel Mescall and Teagen Merchant; as well as Cindy's dearest friend, DW Scotty. Also surviving are her siblings: Randy (Vi) Davidson, Debbie (Chris) Radack and Shelly (Bob) Ricker and several nieces and nephews; brother-in-law, Chuck Carlson and daughter-in-law, Kathleen McNeill Fish; in addition to Cindy's two cats, Buttons and Trapper. Along with her parents and husband Doug, she was preceded in death by a son, Michael Fish in 2011, granddaughter, Alison Fish in 2020, and sister, Sandy Carlson in 2020. The family will receive friends from 2 to 4 p.m. Monday in the Lind Funeral Home, with private family service to be held at a later time. Memorials may be made to the Daughters of the American Revolution, Chautauqua County Humane Society, Celoron Fire Dept. or Lakewood Fire Dept.

Share Your Memory of
Cynthia
Upload Your Memory View All Memories
Be the first to upload a memory!
Share A Memory