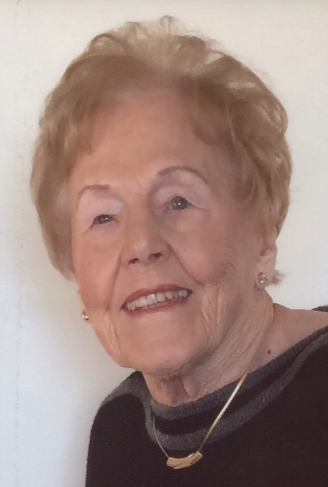 Word has been received that Britt Roberg-Mattsson, 91, formerly of Hammond Street in Jamestown and the Driftwood Road, Bemus Point, passed away on Friday, August 5, 2022 in Falun, Sweden. The only child of the late Sven J. and "Ulla" Johansson Roberg, she was born July 22, 1931. Raised and married in Sweden, Britt, her husband and daughter immigrated to Jamestown in December of 1951. While living in Sweden she became an accomplished cross-country skier, winning many prizes and awards. In 1948 she was crowned the Lucia bride for the whole province of Dalarna, which took her to many cities throughout Dalarna, including schools, hospitals and churches. One highlight in her life came in 1957 when she became a United States citizen. She was a member of Thule Lodge and part of their drill team, along with the Vikings (Diana Lodge). She enjoyed dancing, crossword puzzles, knitting, crocheting, and most of all playing bingo with her dear friend Inga-Britt, whom she lovingly referred to as "Sis". The greatest joy of her life was her family. She will be deeply missed by her daughters, Birgitta (Pete) Hofert of Jamestown, and Barbara (Barry) Anderson of Bemus Point, NY; grandchildren, Carrie (Andy) Ames of Ripley, NY, Bradley (Stephanie) Hofert of Jamestown and Britt Anderson of Sherman Oaks, California and two step-grandsons, Heath and Michael Anderson; 5 great grandchildren and 5 great-great grandchildren. Also surviving is her wonderful and longtime companion, Lennart Lowes. A private family funeral and interment will be held at Sunset Hill Cemetery at a later date. Memorials may be made to Family Church, 3130 Garfield Road, or the Salvation Army, 83 S. Main St., both Jamestown, NY 14701.

Share Your Memory of
Britt
Upload Your Memory View All Memories
Be the first to upload a memory!
Share A Memory