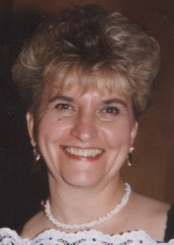 Dolores M. Anderson, 80, formerly of Kiantone, died Friday, August 12, 2022 at UPMC Chautauqua. A Jamestown native, she was born October 30, 1941, a daughter of the late Lester Elijah and Arlena Lucy Andrews Griffin. In earlier years, Dolores was employed by Flamingo Lanes and Satellite Bowl as a waitress and bartender, and later as a bartender at the Moose Club. She then worked for Quality Markets, followed by Bush Industries, and most recently as a caretaker for Aspire of WNY, having just retired at the age of 79. Her memberships include the Women of the Moose. Surviving are her four children: Shauna Stevens and Gaylene (Tim) Lindell, both of Jamestown, Sara (Tim) Scully of Navarre, FL, and Wayne Stevens of West Ellicott; seven grandchildren: Elijah Clark and Selene Stalnaker, Gage Lindell, Joshua Stevens, and Amanda, Bryanna and Chad Stevens; two great-grandchildren, Skyla and Danika Clark; a sister, Joyce Taylor of Greenhurst; and several nieces and nephews. Along with her parents, Dolores was preceded in death by two sons, Jay Stevens and Troy Stevens; a brother, Albert Griffin; as well as her former husband, Gaylord Stevens. The funeral will be held 2 p.m. Thursday in the Lind Funeral Home. The Rev. Adam Rohler will officiate. Burial will be in Busti Cemetery. The family will receive friends from 6 to 8 p.m. Wednesday and for one hour prior to the service in the funeral home Thursday. Memorials may be made to the American Cancer Society., P.O. Box 22718, Oklahoma City, OK 73123-1718.

Share Your Memory of
Dolores
Upload Your Memory View All Memories
Be the first to upload a memory!
Share A Memory