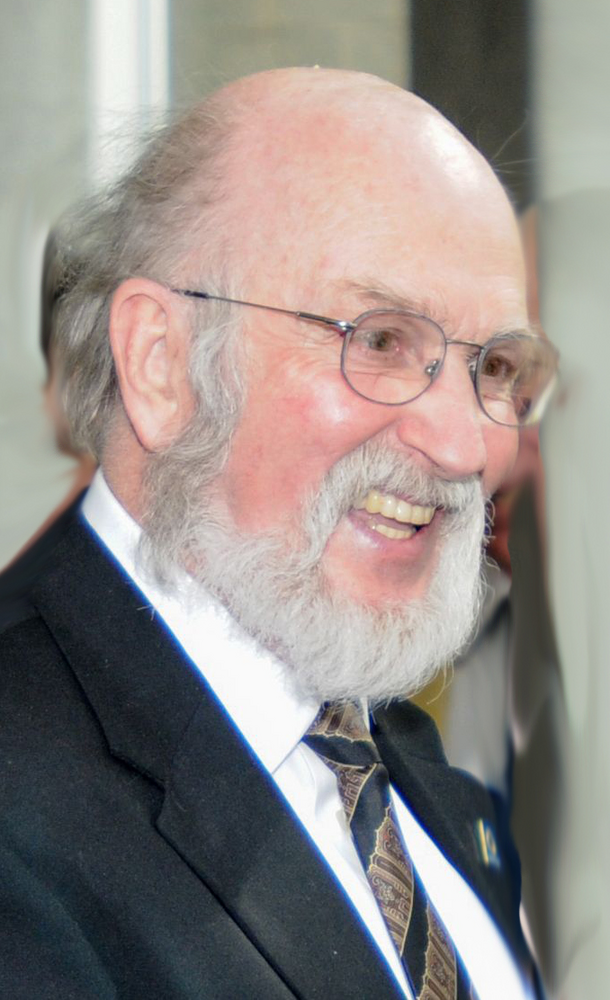 David H. Carnahan walked with the Lord during his long and happy life. He went with Jesus to his eternal home on August 13, 2022. David was born June 23, 1933, in Jamestown, the son of the late Clyde L. and Helen Katharine Jackson Carnahan. He was raised in a Christian home where he received a good education and had the opportunity of worldwide travel with his parents and grandparents. David graduated from Denison University, Granville, OH and was a member of Delta Upsilon Fraternity. He pursued graduate studies in history at University of Wisconsin, Madison. In 1954 David enlisted in the US Army, serving as a translator in Germany until his honorable discharge in 1957. He intended to be a history teacher and taught in North Collins, NY until he was called back to Jamestown to manage the C. L. Carnahan Corporation following the death of his father in 1964. He became a businessman and philanthropist. David's devotion to the Boy Scouts of America began as a scout and continued into adulthood as Council President for Alleghany Highlands Council. He received council level recognition of the Silver Beaver and the Silver Antelope at the regional level. He maintained a lifelong interest in education both as a teacher and as a student. David demonstrated his leadership and commitment to SUNY Fredonia by serving on the Fredonia College Foundation for 22 years. He set high standards for wide-ranging philanthropy. David appreciated learning from the students, volunteers, and staff and established numerous funds and scholarships benefitting those groups. His legacy will impact lives at SUNY Fredonia. David was interested in helping young people attain their goals. A man after God's own heart, David enjoyed participating in Christian Education both as a leader and learner at several churches. He belonged to Bemus Point UMC. He generously supported various Christian colleges as well. David continued his parents' long record of commitment and service to Chautauqua Institution by serving as a director of the Chautauqua Foundation and a trustee of the Institution. While living on the grounds, he actively supported the opera, ballet, symphony, CLSC Book Club, King's Daughters and Sons, and Chautauquans for a Christian Focus. In 1972 David's mother, Helen Katharine Jackson Carnahan, established the Carnahan-Jackson Foundation in memory of her husband Clyde and parents Alvin and Helen Gillies Jackson. David served as an original board member and later chairman of the board. He and the Carnahan-Jackson Foundation are responsible for numerous Chautauqua scholarships, renovations of Norton Hall and the Amphitheater, support for the Carnahan-Jackson Religious Lectureship for afternoon speakers, and the Jackson-Carnahan Memorial Chaplaincy. In 1992, he donated to the reconstruction of the Massey Organ, contributing to worship throughout the Chautauqua Institution. David left an impact on youth by teaching Sunday School at the Hurlbut Church. He was the Lay Leader and served on the meal ministry team. In 1995, David and the Carnahan-Jackson Foundation invigorated the Chautauqua Dance Company and brought the School of Dance to a new level, with expansion and creation of the Carnahan-Jackson Studios. The Carnahan-Jackson Foundation awarded Chautauqua Institution a grant for improved educational and youth facilities and endowment of the educational program. David appreciated working with the many constituencies. David was a recipient of the John D. Hamilton Community Service Award, named for his mentor and longtime friend. David demonstrated life-changing generosity and had a firm belief in the power of philanthropy to build communities and change lives. David Carnahan became a member of the Jamestown Salvation Army Advisory Board in 1969. He was presented a Certificate of Life Membership in October 2000 because of his distinguished and devoted service to the work of the Salvation Army. David was serving on the Board when the Salvation Army relocated from Harrison Street to its current location in Brooklyn Square. David demonstrated through his service a genuine and profound concern for the welfare of the community. Because of his generosity major expansion of services for our community in our Social Services and our Domestic Violence Program (Shelter) have happened. David faithfully served in various positions on the Board over 52 years of continuous service. He admired the dedication of the Salvation officers and volunteers and how successfully they furthered its mission and ministry "Doing the Most Good." David's additional areas of interest included JCC Foundation, Randolph Children's Home, Chautauqua County Humane Society, Gerry Homes, Habitat for Humanity, UCAN Mission, Masonic Organizations and Chautauqua Cemetery. He appreciated stamp collecting and meeting other collectors. He was an avid reader of history and fiction. He enjoyed watching football on tv, was a nature lover, bird watcher and had a fondness for chocolate chip cookies. The Carnahans wish to thank the devoted staff and volunteers who serve at the Hospice House, faithful neighbors Kelly and David Bigelow, faithful neighbors who have taken care of them, as well as helpful and praying friends. Surviving is his wife Martha "Marty" Popp Carnahan, whom he married January 27, 1968. In keeping with David's wishes, no funeral service or visitation will be observed. Chautauqua Cemetery will be his final resting place. Memorials may be made to the Salvation Army Jamestown Corps, 83 South Main Street, Jamestown, NY 14701, or a charity of choice. You may leave words of condolence at www.lindfuneralhome.com.