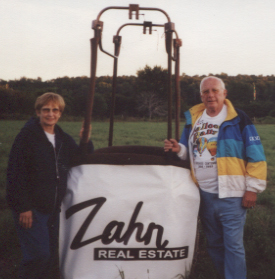 Ann L. Zahn, 89, formerly of 3751 Baker St. Ext., passed away early Tuesday morning, August 23, 2022, following a brief illness. She was the beloved wife of the late Richard B. Zahn, Sr. whom she married February 10, 1952 at Brooklyn Heights Methodist Church and who died September 29, 2004. Ann was also the dear mother of Nancy Heintzelman, Cindy (Ron) Basile, Douglas Zahn and Richard (Cindy) Zahn, Jr., all of Jamestown; loving grandmother of Jerod (Annette) Zahn, Jason Basile (Aleida), Jordan Basile, Sara (John) Larrimer, Lisa (Eric) Bisson, Julie Rogerson, and Zachary Zahn; and loving great-grandmother of Gannon and Addison Zahn, Penelope and Juniper Basile, Scarlett and Soran Larrimer, Noah and Nora Bisson, Finley Rogerson, and Cynia Zahn. Along with her husband, she was preceded in death by two brothers, James and Arthur Martenson. A lifelong area resident, Ann was born in Jamestown on September 25, 1932, the daughter of the late Arthur and Dorothy Arnold Martenson. Together with her late husband, she had owned and operated Zahn Real Estate and in earlier years, the former Carpenter and Bacot Dry Cleaners. Ann was a member of First Congregational Church and later, Pilgrim Memorial United Church of Christ. She had formerly belonged to the Lakewood Rod & Gun Club and the Vikings. A private family service will be held in the Lind Funeral Home. Visitation will not be observed. Burial will be in Sunset Hill Cemetery. Memorials may be made to Chautauqua Hospice & Palliative Care, 20 W. Fairmount Ave., Lakewood, NY 14750; or the Hazeltine Public Library, 891 Busti-Sugar Grove Rd., Jamestown, NY 14701.