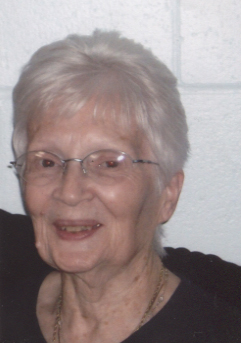 Donna M. Nelson, 91, formerly of Lakewood, N.Y., passed away September 18, 2022 at Heritage Village in Gerry, N.Y. She was born November 9, 1930 in Jamestown, N.Y., a daughter of the late Donald and Madeline Bailey Wright. Donna was a 1948 graduate of Celeron High School. She had been employed by Bigelow’s Department Store, Ruland and Bishop, as well as T. James Clarke and Label Works. On December 2, 1950 Donna married Charles Nelson and dedicated her life to being a homemaker, caregiver, and family chauffeur! As a young girl, Donna spent much of her free time roller skating at Celeron Park and ice skating on Chautauqua Lake. She was naturally gifted at growing plants and flowers and always had an open heart and home for cats and dogs. Donna loved to dance and did not stop until the music ended. She was also a Buffalo Bills fan. Donna is survived by her daughters: Patty (Jeff) Kelderhouse of Frewsburg and Theresa (Paul) Pellico of Texas; a son, Jeff Nelson of California; grandchildren: Carrie (Jeff) Holton of Florida, Curtis Tuller of Lakewood, John (Amanda) Nelson of Kennedy, Scott Pellico of Texas and Katie Pellico of Illinois; and great-grandchildren: Micaiah, Gabriel, Simon-Charles and Berea Holton. Besides her parents, Donna was predeceased by her husband Charles; her daughters, Kathy Yanik and Jody Tuller; a grandson, Jeffery Pellico; a brother, Richard Wright; and sisters, Geraldine Mattocks and Mary Jane Wright. A private service will be held. Visitation will not be observed. Flowers are gratefully declined. Memorials may be made to the Chautauqua County Humane Society (2825 Strunk Road, Jamestown NY 14701), the Alzheimer’s Association of Western New York (6215 Sheridan Drive, Amherst NY 14221), or a charity of your choice. Many thanks to the staff at Heritage Village Rehab and Skilled Nursing of Gerry, N.Y. The family of Donna Nelson is truly grateful for your service and appreciates the loving care given to her over the past several years. You may leave words of condolence at www.lindfuneralhome.com.

Share Your Memory of
Donna
Upload Your Memory View All Memories
Be the first to upload a memory!
Share A Memory