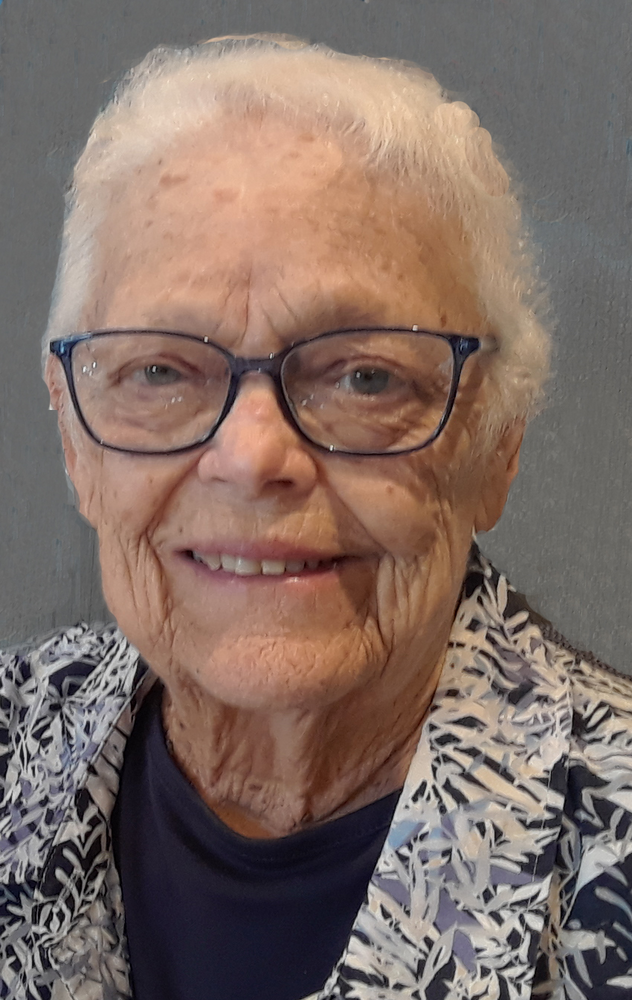 Sandra K. DuBois, 81, of West Oak Hill Road, Jamestown, NY passed away peacefully with family by her side at 10:35am on Sunday, October 9th, 2022, at UPMC Chautauqua. Born on November 20, 1940, in Gowanda, NY, she and her late parents, Jerold E. and Doris Ruth Lathrop Okerlund, moved to Jamestown, NY when she was two years old. The majority of her life was lived in Chautauqua County and on West Oak Hill Road. Growing up she was actively involved in neighborhood social and community activities, including belonging to the local 4-H chapter, where she developed her sewing and award-winning baking skills (especially a certain chocolate chip cookie recipe). A 1958 graduate of the former Bemus Point High School, she was very active in school organizations and made many lifelong friends. After a semester attending nursing school, she chose to pursue a different path, earning her bachelor's degree in early education from the State University of New York at Fredonia. Before her retirement in 1996, she was employed by the Southwestern Central School District as an elementary school teacher. The running joke in the family was... she never made it beyond the First Grade, spending 33 years teaching first at Lakewood then Celeron. Surviving is her two children: daughter, Danielle K. DuBois of Jamestown, NY and son, Derek C. (Lisa Lombardo) DuBois also of Jamestown, NY. two grandsons; Domenic A. (Shakira) DuBois and Anthony J. Galtieri, both of Jamestown and one great grandson. She is also survived by a brother, Theodore (Letitia) Okerlund of Greenwood, SC and a sister, Cynthia (Gary) Swanson of New Smyrna Beach, FL. Two nephews; J.Paul Okerlund of Russell, PA and Gregory (Vicky) Okerlund of Amherst, NY and two nieces; Lisa (Campbell) Dawson of Jamestown and Laura (Hani Hanna) Swanson of Raleigh, NC. As well as her sister-in-law, Jeannine DuBois Punch and her two children; Steven Brocklehurst of Woodbridge, CT and Cathy Brocklehurst Flemington of New Orleans, LA and three great nieces and four great nephews. Besides her parents, preceding her in death was her husband of 56 years, Gary L. DuBois, whom she married on December 22, 1962 and who died on September 20,, 2019. The two first met in junior high while attending the former First Baptist Church of Jamestown and remained active members for over fifty years before attending the Lakewood United Methodist United Church, an amazing and caring church family. Sandy, from a young age, truly loved baking, and cooking, she enjoyed being able to share the efforts of her labors with others. She and a friend would get together during the Christmas holidays, baking several varieties of traditional Swedish cookies, a tradition that lasted 60 years with only a handful of times missed. She always claimed she wasn't a good Swede as there were many traditional foods she didn't like; however, she was thrilled to become a member of the Norden Woman's Club of Jamestown. Upon her retirement she couldn't give up seeing her friends that she had spent many years working with, so she became a founding member of the "Lunch Bunch". A small group initially that got together once a month, it grew and expanded over the years, but allowed retirees to stay in touch. Making sure she took care of her family was her number one priority, but when they got a chance she and Gary enjoyed traveling down to Louisiana. She was an avid reader and loved her Sudoku puzzles. Relatives and friends of the family are invited to attend visitation hours from 4:30-6:30 pm Friday, October 21, 2002, in the Lind Funeral Home immediately followed by a memorial service for Sandra to be held at 6:30 pm Friday. The Rev. Michael Childs, pastor of the Lakewood United Methodist Church and the Falconer United Methodist Church will officiate. An inurnment graveside service will be held this upcoming summer at the Fluvanna Cemetery. In lieu of flowers, memorials may be made to the Fluvanna Fire Department, 3536 Fluvanna Ave Ext, Jamestown, NY 14701 or to the Chautauqua County Humane Society, 2825 Strunk Road, Jamestown, NY 14701.

Share Your Memory of
Sandra
Upload Your Memory View All Memories
Be the first to upload a memory!
Share A Memory