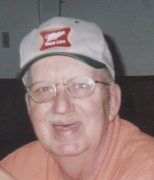 Robert "Bob" S. Carlson, 80, 206 Maplecrest Ave, Lakewood, passed away Monday, November 7, 2022, at UPMC Hamot, Erie. Bob was born on March 27, 1942, in Jamestown, a son of the late Harold and Genevieve Carlson. He was employed by Herman Kent Post 777 American Legion, Celoron where he worked as the doorman for several years. In his earlier years he was a security guard for Bush Industries and for the Seneca Casino. Bob was a coach for a woman's modified softball league in Jamestown and was a minor league umpire. Surviving is his wife Shelly Pike Carlson, whom he married on May 5, 1990, two children: Becky Elizalde of Lake Tahoe, CA, and Racheal Gato of Georgia; four sisters in-law; Doreen (Bill) Dancy of Florida, Vickie (Al) Bowen of Jamestown, Brenda Pike of Jamestown, and Valerie (Earl) Flannery of North Carolina; mother in law Viola Pike; a brother in-law, Lee Pike Jr.; two grandchildren, 27 nieces and nephews, many great and great-great nieces, and nephews. Besides his parents he was preceded by his two brothers Gordy Carlson and Norm Carlson, two sisters, Marge Olson and Carolyn Little and his father in-law, Lee Pike Sr. A celebration of life will be held from 4 to 7 pm Monday, November 14 in the Celoron Legion. You may leave words of condolence at www.lindfuneralhome.com.