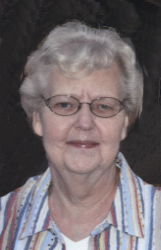 Lareena M. McArthur, 87, of Lakewood, died Monday November 7, 2022, in Absolut Care of Westfield where she was receiving physical therapy. She was born April 17, 1935, in Clymer, NY, a daughter of the late Leon and Lucy Holthouse Fardink. She was a 1953 graduate of Clymer Central School and was proud to have been salutatorian. Following graduation Lareena and two of her close friends moved to Corry, PA to share an apartment with her sister LaVon. Lareena's first job was with Loblaws, where years later she retired as head cashier. She also worked at Sears in the Chautauqua mall for 17 years, in the men's department and the Lakewood Rod and Gun Club coat room for over 40 years. She always said she was fortunate to have made many friends. Anyone that knew Lareena knows how much she loved animals, from the cows and horses on the farm while she was growing up, to the many family pets, especially dogs. Along with pets, she enjoyed gardening and watching the birds at the many feeders right outside the front window. Lareena was also an avid Buffalo Bills and Buffalo Sabres fan. She was a member of the Lakewood Rod and Gun Club Auxiliary. Surviving Is her daughter Jacquelyn McArthur of Lakewood, with whom she made her home. Also surviving is her sister-in-law, Laura Nelson. Besides her parents she was preceded by her husband Robert H. McArthur, whom she married February 2, 1972 and who died November 27, 2017; a sister LaVon Fardink; a brother Lyle Fardink. Per her wishes there will be no funeral service or visitation observed. Keeping in mind Lareena's love of animals, memorials may be made to Chautauqua County Humane Society, 2825 Strunk Rd, Jamestown, NY 14701.

Share Your Memory of
Lareena
Upload Your Memory View All Memories
Be the first to upload a memory!
Share A Memory