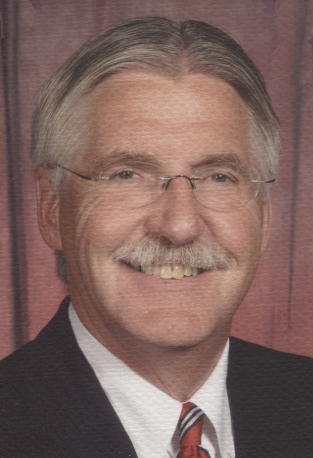 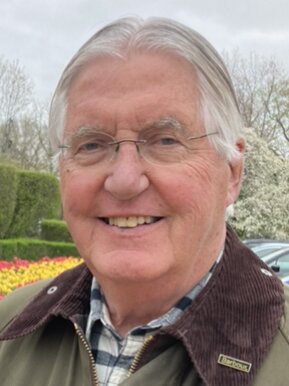 The life of James Dahlie closed its earthly chapter on November 6th, 2022. A proud Wisconsinite and grandson of Norwegian and Scots Irish immigrants, James was born in Park Falls, Wisconsin, to parents Gordon Dahlie and Madge (Smith) Dahlie on March 20th, 1947, and raised in the nearby town of Phillips. After Phillips High School, James graduated from the University of Wisconsin-Madison with a BA and from Howard University with his MD. He then completed his internal medicine internship at the Cleveland Clinic and diagnostic-radiology residency at the University of Kansas Medical Center in Kansas City. While a senior in medical school, he met his wife, Shelley, who was completing a physical therapy externship at the National Veterans Hospital in Washington, D.C. Their paths crossed again at the Cleveland Clinic, leading to their marriage in Shelley's hometown of Richmond Heights, OH, on May 18th, 1974. Recruited by Jamestown Radiology, Jim and Shelley moved from Kansas City to Jamestown in 1977. At that time, WCA Hospital had no CT scanner, no sonography, no mammography, and limited nuclear medicine. MRI and PET scanning had not been invented, and PAC systems and teleradiology had not even been imagined. Jim's career followed the rise of these life-saving technologies, and it was his pleasure to master and share them with this community for 37 years until his retirement in 2014. As a local leader within the medical community, Jim had the honor of serving as President of the Chautauqua County Medical Society (1984-85), President of the WCA Medical Staff (1994-95), and President of Jamestown Radiologists (1995-2000). As an enthusiastic sportsman and learner, he enjoyed trout-fishing, skiing, golfing, reading, and summering at the Chautauqua Institution. And, as a lifelong Presbyterian, Jim was highly active in Jamestown's First Presbyterian Church from he and Shelley's arrival in '77 until his recent passing. He is predeceased by his brother Paul of Wellesley, MA, and his sister Sharon of La Jolla, CA. He is survived by his sister Donna Danielson of Claremont, CA; wife Shelley Carlson Dahlie; sons Christopher (Roslyn Fulton) of Fredonia, NY, Scott (Ana Archbold) of New Brunswick, NJ, David (Melinda Lauer) of Huntertown, IN, and Matthew of Buffalo, NY. He is also survived by his three grandchildren, Charlotte Ruth, Lillian LaRue, and Gordon James, and four grandpets, all of whom he spoiled shamelessly. He will be loved and remembered always. The memorial service for James will be held at First Presbyterian Church of Jamestown, NY, at 1pm on Monday, November 28th, and will be followed by a celebratory reception in the church's Fellowship Hall. In lieu of flowers, donations can be made to First Presbyterian Church of Jamestown, NY; Chautauqua Hospice & Palliative Care; and United Way of Southern Chautauqua County.