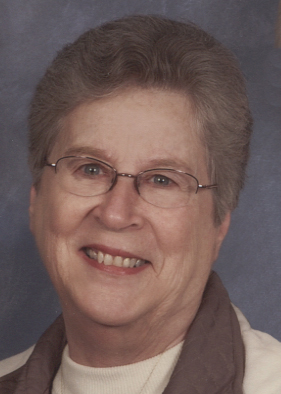 Karen E. LaMar, 79, of 151 Hedges Avenue, passed away Saturday evening, December 3, 2022 at UPMC Chautauqua. A lifelong area resident, she was born October 5, 1943 in Jamestown, a daughter of the late Adolph and June Meli Carlson. Karen graduated from Jamestown High School in 1961 and Jamestown Business College in 1963. Over the years, she was employed by Pennsylvania Gas Co., Hills Department Store for 20 years, and retired from The Christian Book Store in 2009. She also worked as an Election Inspector for the City of Jamestown for more than 25 years beginning in 1989. For more than 50 years Karen was a faithful and active member of Camp Street United Methodist Church, serving as Sunday school superintendent for over 20 years, Sunday school teacher, mission chairperson, trustee, finance committee member, and snack shack coordinator. Other memberships include the Koinonia Community, Allegany State Park Historical Society, and National Parks Conservation Assoc. Karen cherished time spent with family and friends and enjoyed having the family gather for holidays and special occasions, especially Christmas and the 4th of July. She also enjoyed special events such as plays and parades; traveling, having visited all but one of the continental United States; and camping and the outdoors, especially Allegany State Park. She'll be remembered for her love of family, sense of humor, and special hugs. Karen is survived by her husband, Renald LaMar, whom she married September 18, 1965 at Camp Street United Methodist Church; three children: David (Juan) LaMar of Niskayuna, NY, Carole (David) Garrison of Jamestown, and Steven (Susan) LaMar of Groveland, NY; granddaughters, Ella Garrison, Hannah LaMar and Hope LaMar, and grandson, Corey Heller; a great-grandson, Hunter Heller; as well as many special nieces and nephews, and great nieces and nephews many of whom called her 'grandma', something she considered a great honor. In addition to her parents, she was preceded in death by two sisters, Nancy Carlson and Pauline "Polly" Johnson; maternal grandparents, Frank and Eleanor Meli; and paternal grandparents, Charles and Augusta Carlson. The funeral will be held at 11 a.m. Friday, Dec. 9 at Camp Street United Methodist Church. The Rev. Jennifer Delahoy will officiate. Burial will be in Allen Cemetery. The family will receive friends from 4 to 7 p.m. Thursday in the Lind Funeral Home. Memorials may be made to the Roswell Park Alliance Foundation, P.O. Box 631, Buffalo, NY 14240.

Share Your Memory of
Karen
Upload Your Memory View All Memories
Be the first to upload a memory!
Share A Memory