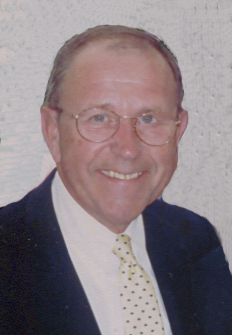 Richard G. Stahlman, 85, of Cheney's Point, NY, passed away at 12:05 pm Saturday, December 3, 2022, in his home, surrounded by his loving family. An area resident for most of his life, he was born April 1, 1937, in Punxsutawney, PA, a son of the late Forrest G. and Eleanor Grube Stahlman. Dick was a graduate of Avon Old Farms School, Avon, CT, in 1956. As an alumna, he received a Distinguished Service Award for his class agent activities. He also earned his bachelor's degree from the Eli Broad College of Business at Michigan State University in 1961 where he was a member of the Delta Tau Delta Fraternity. Before his retirement in 2018, he was President of Stahlman Realty, Inc. in Jamestown, a real estate company that was started by his father in 1950, joining his father in the business in 1965. Dick obtained his New York State Real Estate Salesman license in 1957 and had licenses as a New York State Real Estate Broker and Realtor. In earlier years he worked for Owens Illinois Glass Company where he took assignments in Canton, OH, Toledo, OH, and St. Louis, MO. He was also the owner of Fordik Company which was established in 1965. He was a member of the Chautauqua County Board of Realtors and served as President in 1971. He was also a member of the New York State Association of Realtors and the National Association of Realtors. He received the Realtor Emeritus Award for over 40 years of membership and service in real estate. His former memberships include the Moon Brook Country Club, the Viking Lodge, the War Vets Recreation Club, and the Lakewood Rod & Gun Club. He was very active in the Chautauqua County Lakers Youth Hockey Association and was a big supporter of various local baseball teams. Anyone who knew Dick knew that he was a staunch supporter of the Michigan State Spartans, the Buffalo Bills and Buffalo Sabres. He will be remembered as a loving and caring husband, father, and grandfather who above all loved and adored his family and close friends. He enjoyed reading books, listening to music, traveling with his family, being outdoors and loved collecting duck decoys. Surviving are his wife of 63 years, Sonja Carlson Stahlman whom he married August 29, 1959, his two children; Richard G. (Jeanne Shellberg) Stahlman, Jr. of Greenville, SC, Lisa (James) Colby of Lakewood, NY, three grandchildren; Emily Ann Stahlman, Ellen Marie Stahlman both of Greenville, SC, Elizabeth Louise Stahlman of Charlotte, NC, two step-grandchildren; Robert A. (Jennifer) Colby of Portland, OR and Ericka Ann Colby of Jamestown, NY, and his sister; Diane (Jon) Gren of Hilton Head Island, SC. Besides his parents, he was preceded in death by a son, Scott Gordon Stahlman. A memorial service will be held at 11 am Friday, December 16, 2022, in St. Luke's Episcopal Church. The Rev. Luke Fodor, rector will officiate. Inurnment will be in the St. Luke's Episcopal Church Columbarium. The family will receive friends following the service in the undercroft of the church. In lieu of flowers, the family suggests that memorials be made to Chautauqua Hospice and Palliative Care, 20 West Fairmount Ave., Lakewood, NY 14750 or to the James Prendergast Library, 509 Cherry St. Jamestown, NY 14701.