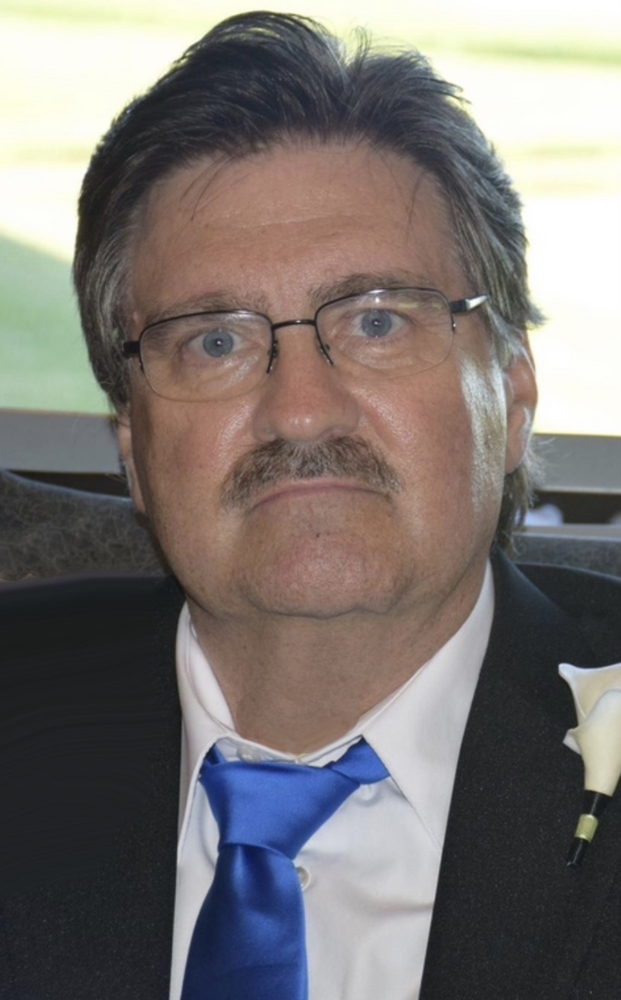 It is with a heavy heart that we announce the passing of David R. Ahlstrom, on Sunday, December 4, 2022, at home with his family after a five-and-a-half-year disability following surgery to repair an aneurysm. He was born September 12, 1956, in Jamestown, the son of Nancy Davidson Ahlstrom and the late Richard Ahlstrom. His growing up years were spent on Avalon Boulevard with his sister, Kathryn Ahlstrom and brother, Tom Ahlstrom. A family gathering was never missed without a story of their childhood. Following graduation from Southwestern Central School in 1974, David attended Alfred State College and received his Associates degree in Architectural Engineering in 1976. From there he went to the University at Buffalo where he earned a bachelor's degree of Professional Studies in Architectural in 1978. After graduating from UB, his father, who at the time was Human Resource Director at Hope's Windows, hired him in the Engineering Department. Dave worked at Hope's Windows for 39 years before he was forced into retirement due to his health. At the time of his retirement, he was the Research and Development Director. Dave was an avid bowler and received many awards, one of which was a ring for scoring a perfect game. He also continued to play softball on various teams until it was time to put the softball cleats away and begin coaching his children's various sports. This began as coaching alongside his beloved wife for soccer, followed by years of assistant coaching for baseball and also head coach for softball. Dave had many passions in life and what started as a hobby soon became his greatest passion, photography. You would never see Dave without a camera or two around his neck. He was soon hired to do weddings, graduations, family photos, and maternity photos. He took great pride in his work. He was looking forward to retirement when he could make this his full-time job. He was a very active member of Bemus Point United Methodist Church for many years. Dave facilitated men's small groups, men's breakfasts, taking part in several plays, and being the church photographer. Dave also volunteered with the Bemus Point Boy Scout Troop 137. He never missed a camping trip, Boy Scout activity or a meeting. He was a frequent volunteer for Royal Family Kids camp which included being a counselor, night relief, and photographer. Dave was also a part of the Koinonia Community. His Christian faith was very important to him, and he prayed nightly for the protection of his family and their souls. He wanted no one left behind. Nothing brought Dave more joy than to have his children, grandchildren, and family together. He loved each and every one of them with his whole heart. He never missed a play, music concert, sporting event, birthday celebration, or even to welcome a new baby into the world. With every special moment he always had a camera in hand to capture each memory. He was always known as the man behind the camera. He is survived by his mother Nancy and brother Tom (wife Barb) both of Lakewood and sister Kathy of Bemus Point; beloved wife Mary Loveless Ahlstrom, whom he married September 14, 1991. He had five children: Dawn (Michael) Frary of Ashville, Rob (Krissy) Straight of Panama, Katherine (Steve) Swartz of Ashville, Jordan (Kyle) Spence of Jamestown and Joshua Ahlstrom of Dewittville. He was the proud Papa to twelve grandchildren: Tanner (JoJo) Propheter, Hunter and Spencer Frary, Jenna and Jarrett Yuchnitz, Jenna and Caitlin Straight, Madison and Cooper Swartz and Elena, Ethan and Easton Spence. One great-grandson, Myles Propheter. David is further survived by two nephews Zach and Jacob (Jessie) Ahlstrom and a niece, Emily Ahlstrom. He was preceded in death by his father and grandparents Marvin and Alice Ahlstrom and Norman and Evelyn Davidson. A Memorial service will be held at 11:00 Saturday, December 17 at The Rock Church, 35 W. Fairmount Avenue, Lakewood officiated by Pastor Doug Kibbe and Pastor Andy Frudd. For those unable to attend the Memorial service you can watch it live on YouTube.com at The Rock Church and click on the Live Tab. Friends and family will be received in the church gallery beginning one hour prior to the service (10:00) and a fellowship meal will be provided following the service. In lieu of flowers to the family, please take a plant or bouquet to a shut-in or nursing home and bring joy to someone's life this Christmas season. Memorials may be made to the American Heart Association of WNY, 5488 Sheridan Dr #300, Williamsville, NY 14221, or a charity of one's choice. The family would also like to give a heart filled thank you to Dr. Holley and Holly Reed NP and all the nurses, physical therapists, aides, neighbors, and dear friends who stood with us in so many ways (too numerous to list) during the last 5.5 years. May God bless you all!! You may leave words of condolence at www.lindfuneralhome.com.