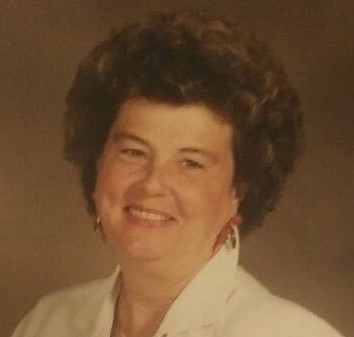 Marilyn Louise Casamento, 85, of Bemus Point, NY and Crane Lakes in Port Orange, FL, died Wednesday, December 21, 2022, at St. Vincent Hospital in Erie, PA. She was born August 1, 1937, in Jamestown, NY, a daughter of the late Hugh and Minnie “Jean” Mason Hamilton. Marilyn was a member of St. Mary of Lourdes Catholic Church in Bemus Point, NY and Our Lady of Hope Catholic Church in Port Orange, FL. She was also a member of the War Vets Recreation, Ellery Memorial Post 947 VFW, the Lakewood Rod & Gun Club, and the Fraternal Order of the Eagles. Marilyn loved going shopping, gambling, and playing bingo. She also enjoyed cooking and baking for her friends and family. Surviving are her two daughters: Janet (Robert) Fredrick of Bemus Point, NY, and Kathleen (Mark) Walsh of Alfred, ME; daughter-in-law, Kimberly (Bob) Walsh of Jamestown; her four grandchildren: Jason (Edward) Fredrick of Jamestown, Matthew (Ashlee) Fredrick of Jamestown, Adam (Nicole) Walsh of Cassadaga, NY, and Ashley Birt of Frewsburg, NY; seven great-grandchildren: Lexa and Vaughn Walsh, Bryce Jedrysik, Trinity Birt, Andrew Staples, Stella and Cole Fredrick; half-sister, Sharyn Soldano; several step-grandchildren and cousins; countless wonderful, close friends; and many others around her who adopted her as their own “Grandma Marilyn”. She was preceded in death by her husband Anthony “Tony” J. Casamento, whom she married December 31, 1981, and who died December 31, 2012; half-sister Elaine Stormer; son Steven Walsh; brother Allen “Al” Hamilton; as well as her parents. A service will be held at the convenience of the family. Visitation will not be observed.

Share Your Memory of
Marilyn
Upload Your Memory View All Memories
Be the first to upload a memory!
Share A Memory