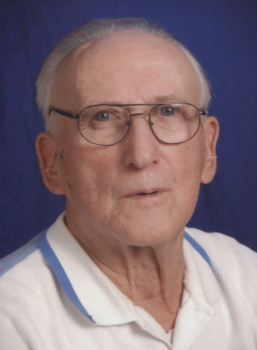 Robert W. Truver, of Lakewood, NY, passed away Saturday, January 14, 2023 in his home, five weeks short of his 96th birthday. He was born February 21, 1927 in Cooperstown, PA, a son of the late Willis and Alice Brooks Truver, and was a veteran of the United States Navy. Bob had been employed by Art Metal, Crescent Tool, Proto Tool and retired as a spot welder from Jamestown Metal Products. He was a member of Sacred Heart Church, as well as Lakewood Memorial Post 1286 American Legion, War Vets, Thule, Celoron Moose and the Lakewood Rod & Gun Club. Surviving are five children: Terry (Sharon) Truver of Jamestown, Kit Truver of Buffalo, Dan (Judy) Truver of Jamestown, and Bonnie (Paul) Himes and Dale (Laura) Truver, both of Lakewood; ten grandchildren: Brad Truver, Kelly Whitman, Jamie Ceci, Tim Truver, Melissa Olson, Michelle Vanguilder, Michael Himes, Misty Himes, Kimberly Truver and Joshua Truver; and ten great-grandchildren: Emily and Ben Whitman, Katlyn and Kensie Ceci, Payton and Taylor Truver, Katrina, Kadence and Kaleb Mendez, and Cody Vanguilder. Along with his parents, Bob was preceded in death by his wife, Frances Knickerbocker Truver who died September 3, 2011; a daughter, Brenda Truver (2020) and her longtime companion, Robert Thompkins (2014); an infant daughter, Mary Truver; and a sister, Ruth Johnson (2002) and two brothers, Paul Truver (2001) and Theodore "Ted" Truver (2015). The funeral will be held at 11 a.m. Saturday, January 21st in the Lind Funeral Home, led by Deacon Daniel J. Tyler. Burial will be in Sunset Hill Cemetery. The family will receive friends from 5 to 7 p.m. Friday and for one hour prior to the service in the funeral home Saturday. Memorials may be made to Chautauqua Hospice & Palliative Care, 20 W. Fairmount Ave., or to the Lakewood Village Fire Dept., 37 Packard Ave., both Lakewood, NY 14750.