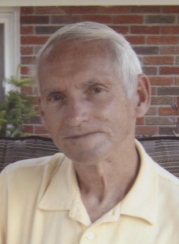 J Richard "Dick" Vanham, 84, of Jamestown passed away on Sunday January 8, 2023 in his home. Born September 11, 1938 in Jamestown, NY the son of the late George B. and Anna E. Seagren Vanham. He served in the U.S Army 1961-1963, and was employed by MRC/SKF in both Jamestown and Falconer, retiring in 2001 after 44 years of service. He is survived by his wife, Donna, whom he married in Lakewood on September 26, 1964. Also surviving are his sons: James of Jamestown and Michael of Rochester, NY; grandchildren: Lars, Nissa and Nils Vanham of Rochester; nephew and nieces: Derek Moehring of Madison, Wisconsin, Stacey Pittman of Toledo, Ohio and Terry Lates of Blasdell, NY. Besides his parents he was preceded in death by his sister Georgia Moehring. Dick grew up in Lakewood. A sports enthusiast, he participated in and was a spectator of sporting events his entire life. He played in Jamestown's first year of Babe Ruth League baseball. A graduate of Southwestern in 1956 lettering in baseball, basketball and volleyball. He played in many basketball and softball leagues in the Jamestown area through his youth; coached American Legion Baseball and later Babe Ruth baseball with his good friend Dale Haines. He was a huge fan of the Cleveland Indians baseball team, attending his first Indians home game on August 25, 1951, and 145 additional games over his lifetime including away games at Wrigley Field (1998), Fenway Park (1999), Yankee Stadium (2001), Toronto (1984, 2001), Pittsburgh (2001, 2015), Detroit (2010). He went to Cleveland's Opening Day (2001, 2010) and attended an Indians winning playoff game (2016). He regularly watched the Indians on satellite TV. He frequently traveled to Erie and Buffalo to watch Cleveland's minor league teams, as well as traveling to Akron, Columbus, Rochester and Syracuse for games. He was thankful to his sons Jim and Mike for taking him to his first Cleveland Guardians game on August 15 this past season. He frequently traveled for sports related experiences. Major league baseball games, including: Ebbets Field, Brooklyn (1957), Briggs Stadium, Detroit (1957), Forbes Field, Pittsburgh (1959, 1966), Arizona's ballpark (2003), Nationals Stadium, Washington, DC (2011). While stationed with the Army at Walter Reed Hospital, he was fortunate to see the Indians play the Senators (1962). All Star Games in Cleveland (1963,1981). He visited the Baseball Hall of Fame in Cooperstown (four times), the Basketball Hall of Fame, College Football Hall of Fame in South Bend, Indiana (2001) and NFL Hall of Fame. He attended the 2014 NCAA March Madness tournament in Buffalo. In addition to Cleveland Indians baseball, Dick was a follower of the Buffalo Bills since their 1960 inception; often attending Bills home games and training camps at SUNY Fredonia and Rochester. He saw the Bills play an exhibition game against the Chicago Bears at Notre Dame while in Michigan for his nephew's wedding (1986). He regularly attended local sporting events with Jim Hannon, a lifelong friend since their Babe Ruth baseball days. This included minor league baseball at College Stadium, high school football and basketball games. He loved traveling with family. Vacations with wife Donna to the 1964 World Fair; Arcadia National Park Maine; Smokey Mountains; New Brunswick, Nova Scotia; Prince Edward Island; Outer Banks; Phoenix, Arizona, Grand Canyon; Fort Lauderdale; Disney World (four times); St Petersburg, Florida (in 1988 following his son Mike and the JHS Band to the Festival of States competition); New York City, Ellis Island and many historical-heritage sites. Tours with his son, Jim, to Cleveland Indians spring training camps in Winter Haven/Dodgertown Florida (1993,2007); and his earlier spring training trips going back to the 1960s. Trips with his son Mike to cities including Boston (where he proudly watched his son Mike run the marathon in 2012), Philadelphia, Washington DC and a 1996 trip to Las Vegas that included an adventurous flight through the Grand Canyon. He frequently drove his sister to Toledo, Ohio, and once to Madison, Wisconsin (2001). He enjoyed photography: 8mm and Super 8 film editing, 35mm camera, scrapbook albums, videotaping with his VHS and digital tape camcorders, and digital camera. He liked old classic movies and Westerns, collecting baseball cards at memorabilia shows, and putting together puzzles. His favorite television show was Cheers! (dining and enjoying a beer there on a trip to Boston) and liked watching evening talk shows, comedy (Lucy Festival), variety shows and listening at night to radio sports, talk and music from 50,000 watt radio stations across the country. Dick is remembered as a good, supportive, kind and generous man, who loved his family, friends and pets. He proudly supported his sons in their interests and pursuits. Whether driving all over Western New York for his son Jim's baseball and basketball games (including Little League, Babe Ruth Baseball, middle and high school and college) or attending every band, chorus or theatrical performance his son Mike participated in, he was always there for us. Tossing a football or baseball with his kids and grandkids in the yard are experiences that will follow us the rest of our lives. Those who knew him will tell you of a man who liked to talk; having encyclopedic knowledge of things he had done and experienced in his life. His nephew and nieces loved visiting to hear stories of the past. We shared happy times together for birthdays, Christmas Eve with his family and Christmas with Donna's family in Pennsylvania. We are grateful to his friends and neighbors who called and came to visit him. (Thanks to'Dobber') Dick was very happy this past September sharing birthday donuts with his friends once again. We will miss him very much. No funeral service or visitation will be observed. Burial will be in Sunset Hill Cemetery. You may leave words of condolence at www.lindfuneralhome.com