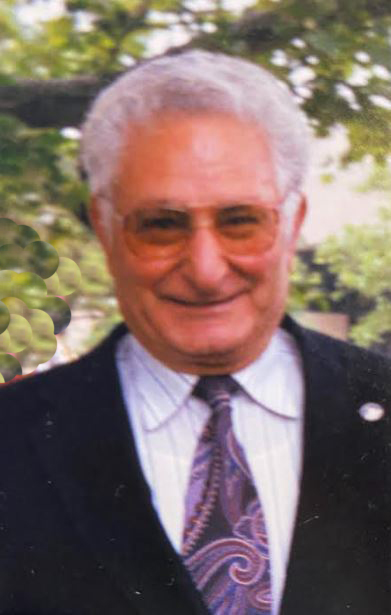 Carl Mazzurco, 89, of Williamsville, formerly of Jamestown, died Friday January 13, 2023, in Erie County Medical Center. A native of Tortorici, Messina, Italy, Carl was born March 15, 1933, the second son of the late Rosario and Rosaria Carcione Mazzurco. He came to the United States in 1967 to marry his love, Rose Calamunci Mazzurco; they wed on May 27, 1967. Rose preceded Carl in death on October 19, 2005, after a long battle with cancer. During those years, Carl sacrificed himself to give Rose the best care imaginable. Carl was also preceded in death about two years ago by his long-time beloved companion, Ruth Molé. Carl was employed by Barnes Construction as an estimator for 27 years. He was a communicant of Holy Apostles Parish, Ss Peter and Paul Catholic Church. His memberships include the Elks Lodge, Eagles Lodge, Marco Polo Club, Lakewood Rod and Gun Club and a life member of the American Legion in Jamestown. Carl loved to dance. He and his wife, Rose, would often have a crowd of spectators when they stepped onto the dance floor. His favorites were the rumba and the foxtrot. As members of the Italian Quadriglia Dancers, he and Rose joyfully partook in traditional Southern Italian dances. Carl was delighted to maintain this meaningful tradition. As many would attest, Carl truly was one of a kind. His effervescent personality could fill a room in an instant. He had a big heart and generous spirit. He was always ready with a joke, always looking to make others laugh. Carl also loved to garden; he could grow the most flavorful tomatoes, and he meticulously cared for all of his fruit trees. He generously shared his harvest of fruits and vegetables with friends and family. Surviving are two daughters Sally Mazzurco (James Jr.) Goldstein and Rosa Mazzurco (Matthew) Adamec of Brooklyn, NY; three granddaughters Elizabeth, Emily and Elena Goldstein; a brother Rosario (Vincenzina) Mazzurco and a sister Maria Mazzurco Trecarichi both in Italy. A Mass of Christian Burial will be celebrated at 10 am Saturday in Ss Peter and Paul Catholic Church. Burial will be in Holy Sepulchre Cemetery. Friends will be received from 3-6 pm Friday in the Lind Funeral Home where an Elks Lodge Funeral service will be led at 6 pm. Memorials may be made to Chautauqua Hospice and Palliative Care, 20 W. Fairmount Avenue, Lakewood, NY 14750, or Community Helping Hands, 31 Water Street, Jamestown, NY, 14701. You may leave words of condolence at www.lindfuneralhome.com.