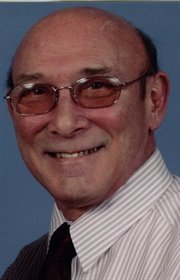 Steven R. Carlson, 62, of 1514 Foote Ave. Ext., died Tuesday October 6, 2009, in WCA Hospital. A native of Bath, NY, he was born March 16, 1947, the son of the late Russell Carlson and Dorothy Sharp Carlson Brinkley. He was a 1967 graduate of Jamestown High School and later graduated from Jamestown Community College. He was a veteran of the US Air Force serving from1967 to 1974. Since 2000, he was a self employed appliance repairman and earlier had worked several years for Sears and Roebuck. He was a member of the Lakewood Rod and Gun Club and the National Rifle Association. He was an avid hunter and fisherman most of his life. Surviving are his wife the former Linda Lewis, whom he married August 7, 1993, two sons Adam Carlson of Bloomington, IL and Jason Carlson of Jamestown, three step sons Kevin (Kelly) Tedesco of Colorado Springs, CO, Kurt Tedesco of Atlanta, GA and Shawn Tedesco of Tampa, FL and a grandson Tyler Tedesco of Atlanta. Besides his parents he was preceded in death by a son Christopher Carlson. A Celebration of Life will be held from 6-8 p.m. Saturday at the Lakewood Rod and Gun Club. Friends will be received from 6-8 p.m. Friday in the Lind Funeral Home. In lieu of flowers memorials may be made to Kiantone Volunteer Fire Department, 2318 Stillwater-Frewsburg Rd., Jamestown, NY 14701.
Print