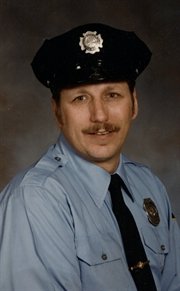 Michael O. Bailey, 63, of 32 Pinedale Ave. died at 3:07 a.m. Monday (August 3, 2009) in his home. A lifelong area resident he was born May 1, 1946 in Jamestown, NY a son of the late Clifton D. and Ellen Records Bailey. He was a graduate of Cassadaga Valley Central School and was a veteran of the U.S. Marine Corp serving from July 2, 1964 to July 10, 1968 receiving the National Defense Service Medal and the Good Conduct Medal. Before his retirement in 1992, he served as a fireman for the City of Jamestown for 20 years. During his time with the fire department he was very active in the Morton Club Beneficiary Association serving as union president from 1985-1989, vice president from 1978-1985 and also served as secretary-treasurer of the Morton Club. He also served on the negotiations committee and the grievance committee. His other involvement consisted of being co-chairman of ALCOSH, a member of the Chautauqua County Labor Management Team, served on the New York State Professional Fire Fighters Association health and safety committee, was 4th vice president of the area central labor council and co-chaired the local Muscular Dystrophy Association Telethon. He also attended many training schools and was state certified in many areas firefighting and first responder procedures. Surviving are his wife the former JoAnn Sinatra whom he married June 26, 1965, two sons, Shaune (Shannon) Bailey of Alberta, Canada, Scott (Amanda) Bailey of Atlanta, GA, two grandchildren Declan and Connor Bailey both of Atlanta, GA and his brother Clifton E. Bailey of Jamestown. The funeral will be held at 10:00 a.m. Thursday in the Lind Funeral Home. The Rev. Robert A. Stolinski, pastor of St. James Catholic Church will officiate. Burial will be in the Gerry Cemetery. The family will receive friends from 4-7 p.m. Wednesday in the funeral home. Memorials may be made to Hospice Chautauqua County, 20 West Fairmount Ave. Lakewood, NY 14750.
Print