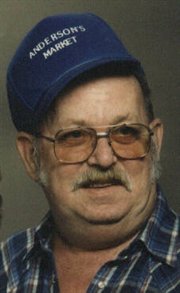 James M. Smith, Sr., 73, of 4790 Rt. 474, Ashville, died Sunday August 2, 2009, in his home. He was born July 26, 1936, in Jamestown, a son of Jerry and Gertrude Yeager Smith. Prior to his retirement in 1992, he was employed by MRC Bearings as a grinder for 38 years. He was a member of Watts Flats United Methodist Church and Llama Club. He was a social member of Sugar Grove American Legion Post. Surviving are his wife the former Helen Brandquist, whom he married September 8, 1979, a son James M. (Laura) Smith, Jr., a stepdaughter Cynde (Allen) Harle, a stepson Arthur Crossley, grandchildren Nicole, Natasha, Aaron and Ty Smith, Michelle Neubauer, Michael and Tasha Royce and Amanda, Seth, James and Angela Crossley, great grandchildren Katlyn and Lindsey Neubauer, Kaylee Royce, James and Aubree Hucklebery and Colten Myers and several nieces, nephews, aunts and uncles. He was preceded in death by an infant son Timothy B. Smith, an infant brother Dwayne Smith and a sister Dorothy Eggleston. No funeral or visitation will be observed at his request. There will be a private graveside burial at the family's convenience.
Print