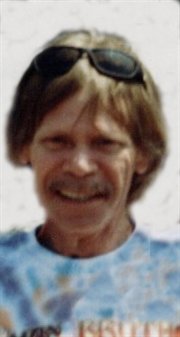 Gary L. Holbrook, 49, of 311 Maplecrest Ave., Lakewood, NY died at 4:15 p.m. Friday (June 12, 2009) in W.C.A. Hospital following health complications. An area resident for most of his life he was born June 7, 1960 in Tucson, AZ a son of the late Norman Holbrook and Marion L. Burnett Holbrook. Prior to ill health he was employed by Dock Masters Company working as a lumper foreman loading and unloading trucks at the Sysco warehouse for many years. In earlier years he had also worked as a mover for the Allied Van Lines and Mayflower Trucking Company. He had attended the Ross Mills Church of God and was a member of the Jamestown Moose Lodge, the Chautauqua Lake Fishing Association and was a social member of the Vietnam Veterans Club in Jamestown. He will be remembered as a loving and caring husband, father, grandfather, son and brother who loved to cook for his family. He also was a self made contractor and handyman who could fix and repair just about anything. Surviving are his mother Marion L. Holbrook of Sahuarita, AZ, his wife Kathleen L. Burch whom he married December 17, 2002, a son Jason D. Holbrook of Four Oakes, NC, four grandchildren Dylan, Kortnie, Meredith and Colton Holbrook all of Four Oakes, NC, a brother Norman "Kim" Holbrook of Sahuarita, AZ and a sister Mary Faye Heidrich of Sahuarita, AZ. Besides his father he was preceded in death by a son Gary J. Holbrook in 2006, a sister Cheryl Keller in 2008 and his maternal "Grannie" Mary Burnett in 2001. The funeral will be held at 10:00 a.m. Tuesday in the Lind Funeral Home. Pastor Bessie Olson and Pastor David Olson of the Ross Mills Church of God will officiate. Burial will be in the Mayville Cemetery. The family will receive friends from 2-4 &amp; 7-9 pm. Monday in the funeral home.
Print