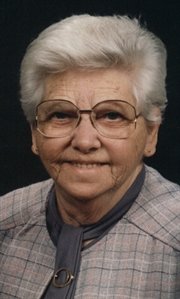 William L. Ruch, 87, of Loyalton of Lakewood, formerly of 60 Chicago Ave, West Ellicott, died Thursday May 7, 2009, in the Lutheran Home and Rehabilitation Center. He was born March 21, 1922 in Ilion, NY, a son of Fred and Pauline Killmeier Ruch. He graduated from high school in Johnstown, NY and from Bentley College, Boston, MA. Prior to his retirement he was employed by Alltel as a vice president. He earlier had worked for General Telephone, Jamestown Telephone, Meadville Telephone and Mid-Continent Telephone companies. He was a former member of National Association of Accountants, American Legion, Elks Club and Veterans of Foreign Wars. Following retirement he and his wife traveled extensively. He also enjoyed golfing and fishing. Surviving are his wife the former Edna Brunt, whom he married December 15, 1946, three grandchildren Kimberly Ruch of Jamestown, Deborah Ruch-Costlow of West Ellicott and William Ruch of Jamestown, a great grandson Matthew Foster and a nephew Tom(Cindy) Ruch of Queensbury, NY. He was preceded in death by a son James Ruch and an infant son Larry Ruch. A private service will be held at the convenience of the family. Friends will be received from 3-5 p.m. Monday in the Lind Funeral Home. Memorials may be made to Salvation Army, PO Box 368, Jamestown, NY 14701
Print