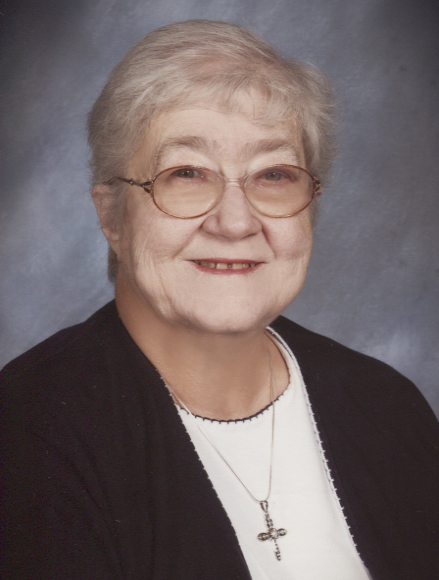 Barbara M. Josephson, 86, of 390 Delaware Ave., Jamestown, passed away Monday evening (July 30, 2018) at home with family around her. Barb was the widow of Robert G. Josephson, whom she married February 28, 1953 in the Asquith Presbyterian Church in Baltimore, MD and who died July 10, 2013. She was born December 29, 1931 in Baltimore, the daughter of the late William and Thelma Frantz Woelfel, and was a 1949 graduate of Towson High School in Maryland. A registered nurse, Barb graduated from Union Memorial Hospital School of Nursing in 1952. She was employed by Jamestown General Hospital for 30 years, retiring in 1988 as a surgical supervisor. During her General Hospital years, she collected surplus medical equipment and supplies that were to go unused and then saw to their shipment to missions in Africa. Barb was a volunteer reader on the local radio for the Prendergast Update Radio Reading Service, a benefit for the blind. For 20 years, she also worked as a volunteer for the Chautauqua Region Community Foundation and during this time became very interested in secondary education. Together with her late husband, they established the Robert G. and Barbara Josephson First Presbyterian Scholarship at CRCF. Barb was a member of First Presbyterian Church and the Order of the Eastern Star. She enjoyed the New York Yankees, the Buffalo Sabres and her crossword puzzles. Surviving are three children: Peggy Ambrose, Patty Watts and David (Karin) Josephson, all of Jamestown; six grandchildren: Alexander (Amber) Ambrose of Erie, Pa., Sarah Ambrose of Paso Robles, CA, William (Amanda Bossart) Watts of Pittsburgh, Robert (Stephanie) Watts of Bothell, WA, Rebecca Josephson of Richmond, VA and Graham Josephson of Jamestown; and a great-granddaughter, Kira Ambrose of Erie. In addition to her husband, she was preceded in death by an infant son. The funeral will be held at 1:30 p.m. Saturday in Bellinger Chapel of First Presbyterian Church. The Rev. Wendy M. Heinz will officiate. Burial will be in Sunset Hill Cemetery. Friends will be received in the Sandra J. Merwin Fellowship Hall of the church following the service Saturday. Memorials may be made to the Robert G. and Barbara Josephson First Presbyterian Scholarship Fund, c/o The Chautauqua Region Community Foundation, 418 Spring St., Jamestown, NY 14701.

Share Your Memory of
Barbara
Upload Your Memory View All Memories
Be the first to upload a memory!
Share A Memory