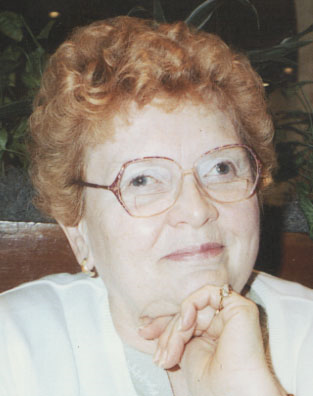 Narita Claire Pickard, 85, of 97 ½ Metcalf Ave. WE, Jamestown died Wednesday, June 12, 2019 at Warren Manor. She was born May 16, 1934 in Jamestown, a daughter of the late Arthur E. and Indra Smith Gunton, and was a 1952 graduate of Southwestern Central School. For 33 years, Narita was employed by Niagara Mohawk as a customer service representative and cashier, retiring in 1992. In earlier years, she was a member of Lakewood United Methodist Church and sang in the church choir. She also belonged to the Marvin Community House and Lakewood TOPS. Narita loved children and always missed her late kitty cat, Sweetie, who was the daughter she never had. Surviving is her son, Randy K. Singer of Ashville; and her two close friends, Kathryn Piazza and Margaret Fichtner. Special thanks go to Kathy, who was instrumental in Narita's care for several years. She was preceded in death by her husband, Ervin C. Pickard, whom she married in 1972 at Lakewood United Methodist Church and who died December 1, 2001; and a brother, Bruce Gunton. The funeral will be held at 11 a.m. Tuesday in the Lind Funeral Home. The Rev. Mike Childs, pastor of Lakewood United Methodist Church, will officiate. Burial will be in Bemus Point Cemetery. Friends will be received from 6 to 8 p.m. Monday in the funeral home. Memorials may be made to the Chautauqua County Humane Society, 2825 Strunk Rd., Jamestown, NY 14701.

Share Your Memory of
Narita
Upload Your Memory View All Memories
Be the first to upload a memory!