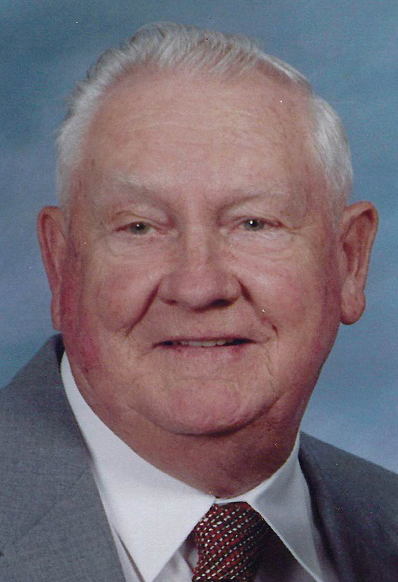 Donald L. Pratt, 88, of Jamestown and Bradenton, Fla., passed away Friday, July 5, 2019 at his home in Jamestown. He was born February 26, 1931 in Willoughby, Ohio and was the son of the late Ralph and Linda Meyer Pratt. A career truck driver, Don had been self employed for a number of years and later retired from Roadway Express in Orlando, Fla. He belonged to the Masons for more than 50 years. Don enjoyed hunting and fishing, golf, and playing cards, especially with his friends in Florida. In his retirement, he also enjoyed making earrings and bracelets. He is survived by his wife, Joyce Donelson Pratt whom he married March 11, 1953; two sons: Ricky Pratt (Jackie) of Mascotte, Fla. and Timothy Pratt (Melissa) of Minneola, Fla.; a granddaughter, Melissa Pratt of Kindred ND; as well as his brother- and sisters-in-law, Clare (Janie) Donelson, Kathryn (Desmond) Harper, Jean (Bruce) Manwaring and Barbara Pool, all from our local area. Along with his parents, Don was preceded in death by a daughter, Vicky Pratt in 1975; a sister, Jeannette Babcock; and brother-in-law, John Pool. A memorial service will be held at 10 a.m. Tuesday, July 9th (today) in the Lind Funeral Home, led by Rev. Jim Witherington, Hospice Chaplain. The service Tuesday will begin with a Masonic Lodge Funeral Service. Friends will be received following the service at the Whittier Apple Farms on the Blockville-Watts Flats Road in Ashville. Memorials may be made to Chautauqua Hospice & Palliative Care, 20 W. Fairmount Ave., Lakewood, NY 14750.
To plant a tree in memory of Donald Pratt, please visit Tribute Store
Tuesday
9
July