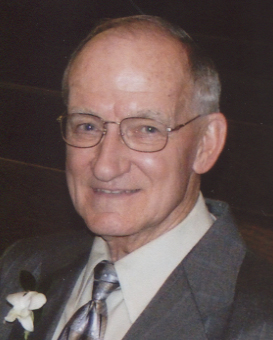 Don began his early working career at Green Brothers Lumber. He then went to work for the S.M. Flickinger Co., which included the Cash & Carry Wholesale Outlet, for 30 years, retiring in 1990. He remained there part-time for another 20 years, concluding in 2012. Don truly enjoyed all of the people he met during those 50 years.

Having grown up on a dairy farm in Niobe, Don and Crystal raised their family on a farm purchased just 1 mile down the road. They remained there until 1977 when they moved to Lakewood.

Don was an active, charter member along with his late wife, Crystal, of the Jamestown Church of Christ which was established in 1964.

Don loved being outside. Whether he was on his Farmall Super A or his lawn tractor, he enjoyed it all. A newly mowed lawn or a clean car gave him great pleasure.

Besides his wife, Crystal, and his parents, Don was preceded in death by two brothers, Frederick and Richard Sweeney; and a daughter-in-law, Emily Sweeney.

The funeral will be held at 11 a.m. Monday, July 22 at the Jamestown Church of Christ. Larry Sweeney, Don's son and retired minister, will officiate. Private burial will be in the Grant Cemetery in Niobe, NY.

The family will receive friends from 4 to 7 p.m. Sunday in the Lind Funeral Home.

Memorials may be made to the Jamestown Church of Christ, 875 Fairmount Ave., or the Donald & Crystal Sweeney Fund at the Chautauqua Region Community Foundation, 418 Spring St., both Jamestown, NY 14701.