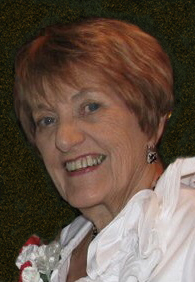 Susan E. Anderson Bastian, 82, of Jamestown, passed away on Monday September 9, 2019. A lifelong area resident, she was born August 2, 1937 in Jamestown, NY, a daughter of the late Alvin and Ruth Rolfe Anderson. She was a 1955 graduate of Jamestown High School. Before her retirement, she was employed by the Ogden Newspapers, both at the Jamestown Post Journal and the Warren Times Observer, working as an advertising executive. She had previously taught at the Falconer Central School. Sue was an early supporter of the Western New York Alzheimer's Association and was involved in caring for dementia patients. She was a board member for the YWCA in Jamestown for several years and was a tennis and golf champion in Chautauqua County. She loved playing pickleball and was still actively playing until a few weeks ago. Surviving are her children: Lisa (William) Bastian-Spencer of Jamestown, Andrew Bastian of Frewsburg, Jennifer (Marcus) Stendahl of Jamestown, three grandchildren; Anna Bastian, Korey Bastian and Ingrid Stendahl. Besides her parents, she was preceded in death by her husband, Gordon J. Bastian who died February 2, 2011, a son, Jay Rolfe Bastian, a sister, Patricia Schulz and a brother, Donald Anderson. The family will receive friends from 6-8 pm Thursday, with a celebration of life to follow, in the Lind Funeral Home. In lieu of flowers, memorials may be made to the Alzheimer's Association, Western New York Chapter, 2805 Wehrle Dr. Suit 6, Williamsville, NY 14221-7383.
To plant a tree in memory of Susan Bastian, please visit Tribute Store
Thursday
12
September

Share Your Memory of
Susan
Upload Your Memory View All Memories
Be the first to upload a memory!
Share A Memory
Plant a Tree