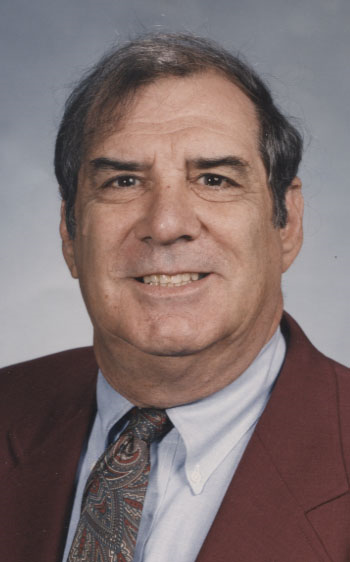 Joseph was born on October 28, 1934 to the late Fred & Anna Rizzo in Fredonia, NY. Due to the "The Depression" and economic circumstances, Joseph spent much of his early days with his beloved grandparents, Joseph & Martha Rizzo who were local fruit and vegetable growers.

Joseph graduated from Fredonia High School in 1953. He was involved in many school activities. He enrolled at SUNY Fredonia and was active in Varsity Baseball, Varsity Basketball & Mummers. He was sports editor for the "Fredonian" (school paper). He was also the President of his Junior Class. During his freshman year at college, he met the love of his life, Janet Upton, from Jamestown.

Two days after his graduation from college he was drafted into the United States Army. He served two years (1957-1959) in Germany.

In 1959, he was hired by the Jamestown Public Schools as teacher at Washington Junior High School. He spent nine years in the classroom teaching students about History and World Cultures. He received two Masters degrees from St. Bonaventure University: Administration & Counseling. In 1968, he was promoted to school guidance counselor. He also served as the advisor to Student Council.

In 1982, when JPS moved the ninth grade to the Jamestown High School, Joseph became the ninth grade counselor. He served as counselor until 1988 when he was appointed Chairman of Guidance for the entire school system. He was very instrumental in the development of the elementary guidance program in JPS. He always claimed that this was his greatest accomplishment.

Joseph was also instrumental in the creation of the Guidance Career Center at JHS. He was very proud of the guidance newsletter that was distributed to high school students. Joseph retired from education in 1994. Much of his retirement years were spent playing golf with his many wonderful friends. He was a very loyal Buffalo Bills & New York Yankee fan. He enjoyed NFL Draft Day and spent days preparing for the draft picks.

Surviving is his wife, Janet, of 57 years. They were married on December 30, 1961, in SS. Peter and Paul Church; and a daughter, Anne Marie Rizzo and son, John Upton Rizzo, both of Jamestown. He is also survived by a niece, Sharon (Don) Schwertfager of Fredonia, N.Y.; a sister-in-law Rachel Devereaux; and a nephew Marcus Mauro of California.

He was preceded in death by his parents; his sister Martha Chambers; and his niece Debra Chambers.

Memorials may be made to a charity of one's choice.

Share Your Memory of
Joseph
Upload Your Memory View All Memories
Be the first to upload a memory!
Share A Memory
Plant a Tree