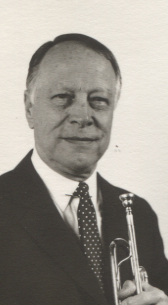 Harold G. Olson, 92, of 120 Aldren Ave. Jamestown, NY, passed away at 2:36 am Thursday, March 19, 2020, in UPMC Chautauqua. A lifelong area resident, he was born September 12, 1927 in Jamestown, a son of the late Walter and Hilma Palmer Olson. He was a 1949 graduate of Jamestown High School and was a veteran of the U.S. Marine Corp serving from August 8, 1946 to April 9, 1948 during World War II in Guam and Tientsin, China. He always wore Marine Corp clothing and caps and enjoyed attending Marine Corp reunions and always considered himself a proud Marine. He began his professional career in the graphic arts industry and later in industrial sales and service. He had worked in sales for 35 years with the Mogul Division of the Dexter Corporation selling industrial water treatment throughout the region. After semi-retirement, he worked for the Resource Center and later for Lutheran Social Services as a courier for both agencies. Harold liked working with and meeting people wherever he traveled. He formed The Harold Olson 17 piece big band in 1982, providing jazz to many events throughout the Jamestown area. Harold brought music to many people and his family remembers the concerts at Allen Park with the kids rolling down the bandshell hill and the park filled with the sounds of his band. He worked with several musical organizations including the Jamestown Municipal Band, the Stu Snyder Orchestra and was a big fan of the Stan Kenton Orchestra. He was a member of the Jamestown Norden Club, Lakewood Memorial Post 1286 American Legion, Lakewood Rod & Gun Club, Falconer Rod & Gun Club, the American Federation of Musicians, Mt Moriah Lodge 145 F & AM and the Jamestown Consistory. Harold will be remembered as a hard working man who came from difficult family circumstances but wanted a better life for his family and he accomplished that goal. He will be sadly missed by his family and many friends. Harold is survived by two daughters; Beth (Don) Bloomquist, Deborah (Tim) Anderson, a son; Mark (Megan) Olson all of Jamestown, eight grandchildren; Emily (Aaron) Compton of Erie, PA, Kyle Anderson (Kasandra Prunty) of Erie, PA, Grant (Kristin) Olson, Claire (Will) Griffith both of Jamestown, Lucas Olson (fiance' Samantha), Graydon Olson both of Buffalo, NY, Brianna Wilkinson (Ricky Phelps) of Hilton Head, SC, Benjamin Bloomquist of Jamestown, 9 great grandchildren, several in-laws and cousins. Besides his parents he was preceded in death by his wife of 66 years, Florence A. Van Order whom he married December 1, 1951 and who died May 21, 2018, a son Dana Olson and a brother, Richard Olson. A celebration of Harold's life will be held in the summer of 2020 and will be announced at a later date. Memorials may be made to a charity of one's choice
To plant a tree in memory of Harold Olson, please visit Tribute Store
Services for Harold Olson
There are no events scheduled. You can still show your support by planting a tree in memory of Harold Olson.
Visit the Tribute Store

Share Your Memory of
Harold
Upload Your Memory View All Memories
Be the first to upload a memory!
Share A Memory
Plant a Tree