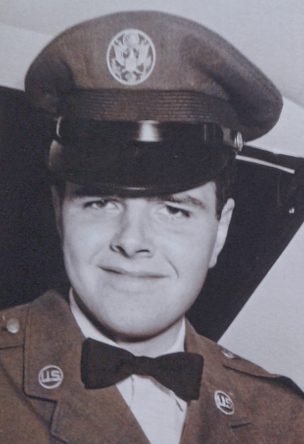 Russell H. Fox, 75, of Gerry, NY, passed away Monday, March 23, 2020 at UPMC Hamot in Erie. He was born May 22, 1944 in Salamanca, NY, a son of the late Harmon and Martha Beckman Fox, and was a 1962 graduate of Little Valley Central School. A Vietnam veteran, he served in the U.S. Air Force from 1963 to 1966. In earlier years, Russell was employed by Kendall Refining followed by Hedberg's TV. He then went to work for the former Jamestown Cablevision and retired as senior service technician from what was then Time Warner Cable. He had been a member of the Little Valley VFW, Celoron American Legion, War Vets Recreation and Carroll Rod & Gun Club. Surviving is a daughter, DeLenna Fox of Westfield, NY; two sons, Stephen R. (Jennifer) Fox of Warren, PA and Douglas Fox of Selma, NC; seven grandchildren and four great-grandchildren; and two sisters, Mary Bailey of Little Valley and Janice (Dick) Briggs of Cattaraugus. Besides his parents, he was preceded in death by a daughter-in-law, Gail "Rainy" Fox. Due to the current restrictions regarding social gatherings, a private funeral service will be held, officiated by the Rev. Ken Pratt, and visitation will not be observed. Burial will be in the Little Valley Cemetery.
To plant a tree in memory of Russell Fox, please visit Tribute Store
Services for Russell Fox
There are no events scheduled. You can still show your support by planting a tree in memory of Russell Fox.
Visit the Tribute Store

Share Your Memory of
Russell
Upload Your Memory View All Memories
Be the first to upload a memory!
Share A Memory
Plant a Tree