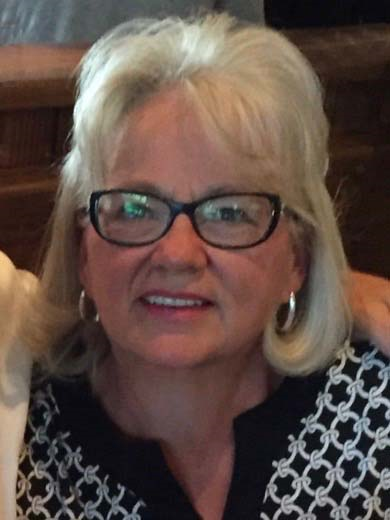 Rosanne Nolan Stark of Ashville, NY left a life beautifully lived on Wednesday April 23 at her home with members of her family by her side. Rosanne was born September 28, 1953 in Philadelphia, PA, the youngest daughter of the late James and Anne Gleason Nolan. Rose bloomed in the mountains of Colorado, which helped to plant the seeds of her appreciation for the beauty in nature. She graduated from Wausau High School (Wisconsin) in 1971. Rose then attended The University of Wisconsin at Stevens Point before moving to Dayton, Ohio and working in the medical profession for several years. It was in Dayton that Rose met her husband and best friend, Peter. They were married August 9, 1975 and enjoyed the next forty-five years together, travelling and taking pleasure in many good times with family and friends. They moved to this area in 1988 and wove their way into the community. Rose found a career passion in teaching, and became a creative and dedicated teacher who took great pride in connecting and inspiring all of her students. Rose's gift for not only allowing a person to tell their story, but to convey empathy and understanding served her well as a teacher. She initiated several programs at Chautauqua Elementary School including an environmental club and "The Buddy Program". She was respected by her peers for her commitment to her students' academic and overall success and wellbeing. Rosanne was a passionate life learner and had many strong interests, including gardening, nature and history. She was proud of the gardens she cultivated around their Ashville home and was particularly fond of the many rose bushes she planted. She was also a dedicated volunteer at the Audubon Community Nature Center where she served on the board of directors and helped initiate a native plant garden at the center. After retirement, Rose began to volunteer at the North Harmony Historical Society and helped organize a program where students experienced what learning was like one hundred years ago in a one room school house. Rose also thoroughly enjoyed music and took great pleasure in playing and sharing her dulcimer. Rose is survived by her loving husband, Peter; four siblings, Maude Nagle (Joe) of Hamilton, OH, Jim Nolan of Madison, WI, Kate Singstock (Jay) of Racine, WI who also helped care for her in the final years of her life, and Frank Nolan of Yakima, WA. She is also survived by brother-in-law Tim Stark (Sophie) of Chester, NH, sister-in-law Bonnie Stark of Olean, NY and by many nieces and nephews scattered throughout the country. Rosanne also leaves behind a wide circle of friends who provided much love, comfort and support to her as she fought her battle with cancer. And Rose treasured her "sisters" in the Beta Sigma Phi Sorority. Rose also savored the friendship and conversation of the two book clubs in which she participated. All will remember Rose as a creatively thoughtful person who made friends easily and loved to laugh and learn. In addition to her parents, she was preceded in death by an infant sister, Katherine Nolan. Memorial services will be delayed until after the corona virus restrictions are removed and will be handled by the Lind Funeral Home. The family would like to thank the team at Chautauqua Hospice & Palliative Care for their outstanding care during the latter stages of Rose's illness. In lieu of flowers, Rosanne has asked that memorials be made to the Rosanne Stark Fund at The Chautauqua Region Community Foundation, which benefits nature and environmental initiatives.
To plant a tree in memory of Rosanne Stark, please visit Tribute Store
Services for Rosanne Stark
There are no events scheduled. You can still show your support by planting a tree in memory of Rosanne Stark.
Visit the Tribute Store

Share Your Memory of
Rosanne
Upload Your Memory View All Memories
Be the first to upload a memory!
Share A Memory
Plant a Tree