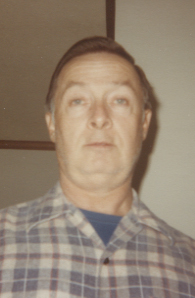 Clifford J. Speck, 88, a retired hazardous materials transportation specialist for New York State, died at UPMC Chautauqua on November 18, 2020. He is survived by his wife Beverly (Dunn) Speck; children Deborah (the late Donn) Blackley, Susan Speck, and Shelly (Bruce) Airgood; son of the late Frank and Frieda (Ashworth) Speck; grandson of the late Fred Charles (Carrie) Speck and Arthur (Emilie) Ashworth. Mr. Speck was born November 13, 1932 in Flint, MI and was named after his father's car racing partner Clifford Durant. As a child his family moved to Ransomville, NY. After playing football at Wilson High School, he married his wife in April 1953 and served in the naval military police. He was also an officer in the Lapeer, MI Sheriff's Department and earned a bachelor's degree from the University at Buffalo. He raised his daughters in Wilson, NY before moving to Chautauqua County in the Mid-1970s. In his later years he continued to enjoy working on all kinds of vehicles in his garage, watching the Bills and anything to do with racing and keeping a fire going on the porch he built. He will be remembered as an irreplaceable husband, father and grandfather who always took care of his family. Besides his wife and children, he is survived by three siblings, Barb Crannick, Judy (Ron) Ball and Frank (Joy) Speck. He was the loving grandfather to Clifford (Gail) Lilley, Jason Speck, Joel (Katie) Speck, Keith (Mehwish) Blackley, Kerry (Kevin) Airgood and Rebecca Blackley. He was the great grandfather of Caitlin Lilley, Jackson Lilley, Kevin Carl Airgood and Tessa and Stephen Speck. A celebration of life will be held at a later date. Memorials may be made to Roswell Park Comprehensive Cancer Center, 665 Elm St, Buffalo, NY 14203 or a charity of choice. You may leave words of condolence at www.lindfuneralhome.com.
To plant a tree in memory of Clifford Speck, please visit Tribute Store
Services for Clifford Speck
There are no events scheduled. You can still show your support by planting a tree in memory of Clifford Speck.
Visit the Tribute Store

Share Your Memory of
Clifford
Upload Your Memory View All Memories
Be the first to upload a memory!
Share A Memory
Plant a Tree