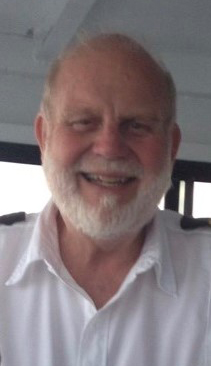 Richard L. "Captain Rick" Willman, 71, of Ashville, passed away on Sunday, February 7, 2021 in UPMC Hamot. He was born January 22, 1950 in Oil City, PA, a son of the late Ronald K. and Luella C. Perry Willman. He was a 1968 graduate of Corry Area High School and Hiram Scott College in Scottsbluff, NE where he received a Bachelor Degree in 1972. Rick worked for Raymond Merchandise Division of Associated Spring in Corry, PA where he worked in both inside and outside sales. He retired from Raymond Spring when they closed their Corry operation to move to Michigan. In 1998 Rick and several investors founded the Summer Wind Project and had a 75 ft. boat built complete with Cummins engines. The Cummins engines were obtained through the many contacts Rick had with the Cummins Corporation and Rick's marketing skills. Rick captained the boat for many years from his base in Celoron, NY providing sight seeing tours, dinner cruises, trips to the Chautauqua Institute, and charter excursions. Rick was well known through his exposure with the Summer Wind as "Captain Rick." He loved Chautauqua lake and what he called his "Lake Family." Rick was also a substitute teacher at Sherman, Panama, and Southwestern Schools and then became a full time school bus driver for Southwestern School District until his death. Rick loved this community and enjoyed all the sports bus trips with his students. Rick is survived by his wife, Helen M. Swanson Willman, whom he married May 23, 1986; children Joel Dittman and Mary Ann (Joseph) Loverme; grandchildren: Kaitlyn Loverme, Justin Loverme, Trevor Loverme, Carter Dittman, Harper Dittman; great-grandchildren: Isabella Conley and Landon Conley; and a godson Michael (Olivia) DeLuca and family. In addition to his parents, Rick was preceded in death by his sister Cris Willman, who passed away Dec. 10, 2010. A walk through visitation will be held from 3-5 p.m. on Saturday, February 20, 2021 in the Lind Funeral Home. Social distancing will be observed and masks must be worn while in the funeral home. A private funeral service will be held at 5 p.m. and will be livestreamed at www.facebook.com/lindfuneralhomeinc. In lieu of flowers, memorials may be made to First Lutheran Church, 120 Chandler Street, Jamestown, NY 14701; Chautauqua Regional Foundation/ Southwestern Central School Foundation; The Lawson Center, 73 Lakeside Dr, Bemus Point, NY 14712; or to a charity of ones choice.
To plant a tree in memory of Richard Willman, please visit Tribute Store
Saturday
20
February