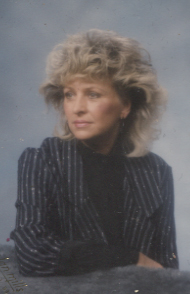 Obituary of Sally A. Modica

Sally Ann Modica, 76, a long-time Jamestown and Falconer, NY resident, went to be with her Lord at 9:50 pm Sunday, June 6, 2021, in the Heritage Park Rehab and Skilled Nursing Facility, following a long brave 14 year battle with cancer. She was born March 5, 1945 in Jamestown, NY, a daughter of the late Ruth Nelson Nord Johnson and the late Ernest LeRoy Nord. Sally was a graduate of Falconer High School and began raising her family. While working at several waitressing jobs she attended Jamestown Business College and later, as a single mother in her 30's, enrolled in Jamestown Community College proudly graduating on the Dean's List while earning her Associates Degree. In previous years Sally worked for the Chautauqua County Board of Elections, the Redwing Company in Fredonia in Human Resources, and then became the Executive director of the Jones Hill Services. Following that she worked in the Human Resource Department at Heritage Park Nursing Home. She gave up her employment to be a caregiver for her mother. In later years, Sally arranged caregivers for other elderly people, and until recently had been a foster grandparent in the Falconer Schools. Throughout her life, Sally loved children, as well as dogs and cats, and was always concerned about others in need. Years ago she allowed three children who were having problems in their homes to come and live with her family. She loved horseback riding, line-dancing, and roller skating at Midway Park, Evans Skateland and Gold Star often with her brother Nelson. Sally was a very social person and always wore a smile. She had a special interest in ceramics and arranging flowers in her window boxes. She also loved to go to the casino with her life-long friend Sandy Wallin, who pre-deceased her. Sally loved to travel and had spent a brief time in Germany and also Florida. Surviving are her two children; Jennifer (Jeffrey) Puleo of Lakewood, NY, Jason (Kelly Bostwick) Modica of Falconer, NY, four grandchildren; Adam (Samantha) Puleo, Markus Puleo, Sarah Modica, Andrew Modica, two great grandchildren; Avery and Abel Puleo, her brother, Stuart Nord of Jamestown, as well as several nieces, nephews and cousins. Besides her parents, she was preceded in death by her step-father, John "Jack" Johnson, two brothers, David and Nelson Nord, and her step-siblings, John Johnson, Gaynelle Dickerson, and Robert Johnson. A private service will be held at the convenience of the family. Visitation will not be observed. In lieu of flowers, memorials may be made to Chautauqua Hospice and Palliative Care, 20 West Fairmount Ave. Lakewood, NY 14701.

Share Your Memory of
Sally
Upload Your Memory View All Memories
Be the first to upload a memory!