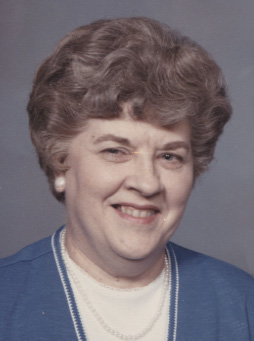 Obituary of JoAnn B. Smith

JoAnn B. Smith, formerly of 171 Colfax St., passed away Wednesday, July 14, 2021, one day shy of her 92nd birthday, at Heritage Green Rehab & Skilled Nursing. She was born in Jamestown on July 15, 1929 and was a daughter of the late Herman and Helen Voght Fisher. A 1947 graduate of Jamestown High School, JoAnn was employed as a secretary throughout the years by the Jamestown YMCA, Mutual of New York Insurance, and by Jamestown Radiologists. For many years, JoAnn enjoyed planning and working on her high school reunions. She was a member of First Lutheran Church. More than anything else, JoAnn was devoted to her family; she was an amazing cook and baker, an avid quilter, and a collector of cookbooks, recipes and teacups. Surviving is her daughter, Terry J. Smith of Jamestown; two grandchildren: Jonathan Healy (Gabriella Levy) of Boston, MA and Kaitlin Healy of Chicago, IL; a brother, Douglas Fisher of Rockford, IL; and several nieces and nephews that were very special to her: Deborah (Peter) Wickwire, Carol, David (Vicky), Ed (Irene), Fred and Greg (Donna) Letro, and Brian Fisher. JoAnn was preceded in death by her husband, Donald L. Smith, whom she married August 14, 1948 and who died March 18, 1987; a sister, Dolores Trampe and brother, Donald Fisher; as well as a niece, Kathleen Trampe, who died as a child, and a nephew, James Fisher. The funeral will be held at 1 p.m. Saturday in the Lind Funeral Home. The Chaplain Larry Petry of Heritage Green will officiate. Burial will be in Sunset Hill Cemetery. Friends will be received from Noon to 1 p.m. Saturday, for one hour prior to the funeral service. In lieu of flowers, the family requests memorials be made to the American Heart Assoc., P.O. Box 417005, Boston, MA 02241-7005; the American Cancer Society, P.O. Box 22718, Oklahoma City, OK 73123-1718; or the James Prendergast Library, 509 Cherry St., Jamestown, NY 14701.

Share Your Memory of
JoAnn
Upload Your Memory View All Memories
Be the first to upload a memory!
Share A Memory