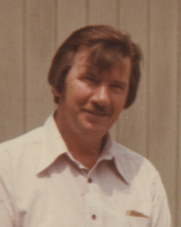 Obituary of Donald A. Erickson

Donald A. Erickson, 88, formerly of Jamestown, died Friday August 13, 2021, in Olean General Hospital. He was born July 3, 1933, in Buffalo, NY, a son of the late Clifford and Dorothy Swan Erickson. He was a 1951 graduate of Jamestown High School and served in the US Air Force, specializing in aerial photography. Don was a true patriot, a proud veteran and had belonged to the American Legion. A retired postal worker of 33 years, he worked in several locations including Lakeland, FL, Jamestown, Fredonia, and the old Buffalo Railroad mail service. He knew hundreds of people and always remembered them, even years later. His life crossed many paths, and he was an avid doer. He bowled, hunted, played pinochle and cribbage, and enjoyed fishing with his family and longtime friend John Shafer. He will be sadly missed by his family, friends, and his special cat which he loved unconditionally. Painting pictures was another talent of his, creating treasured landscapes for family and friends. On occasion he would play a banjo or accordion and sing, adding joy to family get-togethers. He found great joy in using his metal detectors. He entered metal detecting contests and for years he would find rings and jewelry after which he would spend time to find the owners and return their treasures. Surviving is his wife of 61 years Beverly Furlow Erickson, whom he married August 6, 1960; three children Donald (Shelley) Erickson, Jr., of Oregon, Deborah (Jeffrey) Carlson of Falconer and Steven Erickson of Cherry Creek; seven grandchildren Kiera, Dain, Mason, Daniel, Beth, Steven and Matthew; two great grandsons Joseph and Eric and a brother in law Ken Furlow to whom he was especially close. He was preceded in death by his parents and a sister Janith Crandall. A memorial service will be held at 11 am Monday in Faith Outreach Center Church, 105 Chandler Street, Jamestown with inurnment in the Blockville Cemetery immediately following the church service. Pastors Donald and Sandy DeAngelo will preside at these events. A celebration of life will be held at the Watts Flats United Methodist Church following services at the cemetery. Memorials may be made to Faith Outreach Center Church, or the Watts Flats United Methodist Church. You may leave words of condolence at www.lindfuneralhome.com.

Share Your Memory of
Donald
Upload Your Memory View All Memories
Be the first to upload a memory!