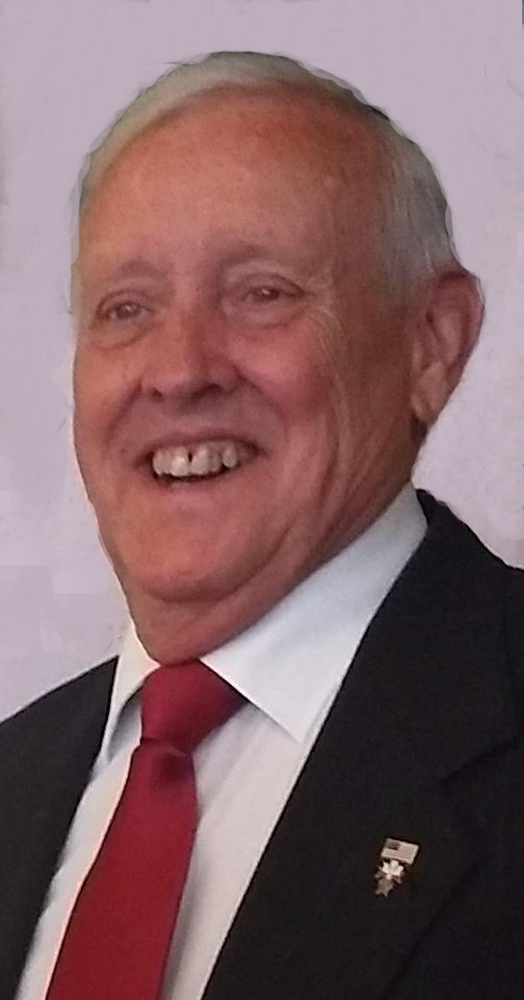 Robert W. McDowell, 77, of Jamestown, NY, passed away unexpectedly at 3:52 pm Saturday in the Westfield Memorial Hospital, Westfield, NY. A Jamestown resident for the past ten years, he was born June 3, 1944, in Philadelphia, PA, a son of the late Charles B. and Agnes Margaret (Jarrell) McDowell. Surviving is his wife of 53 years, Gerri (Geraldine) Stanton McDowell whom he married August 3, 1968, his four children: Robert W. McDowell, Jr of Eden Prairie, MN, Marygrace (Eric) Anderson of Jamestown, NY, Brian (Tracy) McDowell of Downingtown, PA, Doug (Cari) McDowell of Fredericksburg, VA, five grandchildren; Beck, Jacob and Olivia Anderson of Jamestown, Max and Grant McDowell of Downingtown, PA, two sisters; Joan Hill of Feasterville, PA, Emily Urban of Newfield, NJ, and his two nephews whom he helped raise, David McDowell of Deltona, FL, Daniel McDowell of Detroit, MI. Bob was a graduate of Collingswood High School in Collingswood, NJ and earned his bachelor's degree from Drexel University in Philadelphia, PA. Before his retirement, he was employed as a mechanical engineer in the research and development department for the United States Army. Serving in that capacity from 1964 to 2012. He also enjoyed his time working for Paparone Housing on Mt. Laurel, NJ. Robert was a man who always had a project in the works and plans for a new adventure. If friends or family needed anything, he was the one they could always call. No matter how far away they lived he would travel with his tools, ready to go. Most of all he loved his family. He was a cherished father and a doting grandfather. After retirement, he loved the time he got to spend with his grandchildren each morning cooking breakfast and bringing them to school. His pancakes will always be a fond memory of theirs. Robert was a wonderful husband. His wife Gerri thanks God for having sent him to her. He was always trying to help and make everyone happy. Her only complaint was that he couldn't stay with her forever. He was a communicant of St. James Catholic Church where he sang in the church choir. He was a member of the Knights of Columbus Council 926 Jamestown and a founding charter member of the Knights of Columbus Council in East Stroudsburg, PA. He was also a member of the Lakewood Rod & Gun Club, the Marco Polo Club, the Celtic Club. In previous years was very active in the Boy Scout of America with his sons. He was a cub scout leader in St. Louis, MO and then served as Scout Master for Troop 83 in East Stroudsburg, PA. He was especially proud that all of his sons were Eagle Scouts. Besides his parents he was preceded in death by two brothers, David and Blaine McDowell and two sisters, Edwina Kearney, Janet Quicksill. A Mass of Christian Burial will be celebrated at 11:30 am Saturday, September 18, 2021, in St. James catholic Church, Jamestown, NY. The Rev. Paul Cygan, parochial vicar of St. James Catholic Church will be celebrant. The family will receive friends from 10:00 to 11:00 am Saturday, September 18, in the Lind Funeral Home, 805 West Third St. Jamestown, NY. In lieu of flowers, memorials may be made to a charity of one's choice.