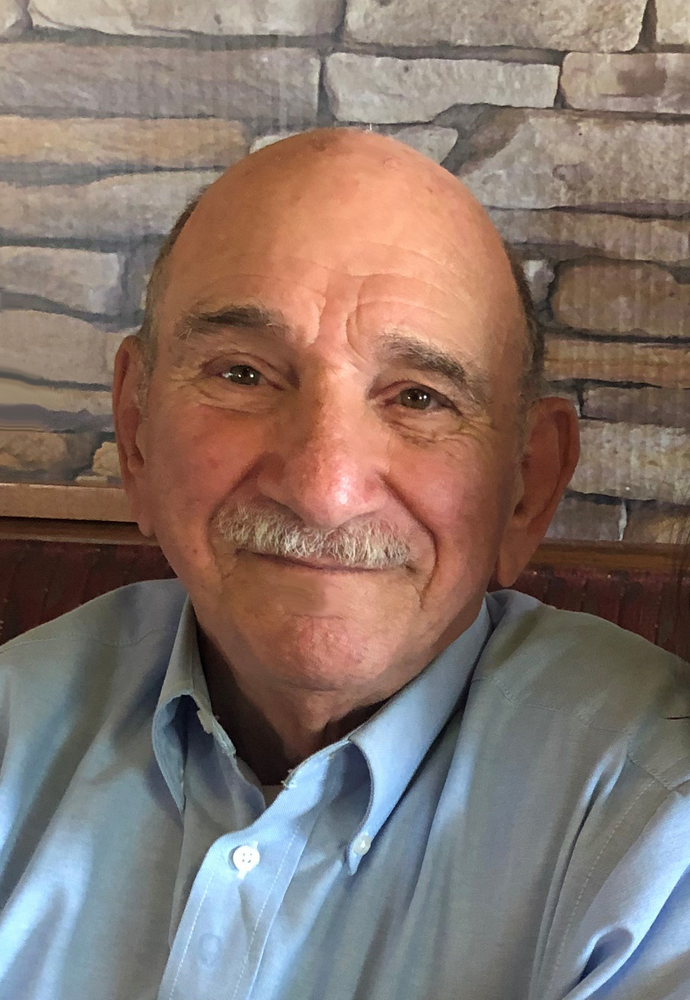 Jack Rizzo, Sr. went home to be with the Lord, his Savior, on December 19, 2021. He resided at 2631 Palm Road, Jamestown, New York until his passing at the age of 79. Jack was the son of Alfonzo and Anna Corio-Rizzo, formerly of 19 Winsor Street. He was born on April 3, 1942 at the W.C.A. Hospital in Jamestown, New York. A Jamestown native all of his life, Jack graduated from Jamestown High School in 1960. Following graduation, he enlisted in the U.S. Army where he was stationed at Fort Dix, New Jersey and there he completed his basic training. His enlistment locations included Fort Levingsworth, MI., Kitsigan, Germany, and Fort Devans, MA. He was the beloved husband of Rose Marie Salone-Rizzo, whom he married on January 18, 1964 at SS's Peter and Paul Roman Catholic Church. They were married for 57 years and will now spend eternity together with their Heavenly Father. He is survived by three children- Jack Rizzo, Jr. of Jamestown, NY, Lisa Vervoort (John) of Brockway, PA, and Karen Bernat of Erie, PA; also, his five grandchildren: Anna Graham, Attorney J. Michael Vervoort, Sarah Graham, Thomas Vervoort, and Jessica Bernat. Furthermore, his brother Anthony Rizzo (Charlene) of Oak Island, NC, and nephews, nieces and cousins. We cannot leave out his adored Boxer dog, Meshack. He was preceded in death by his beloved wife Rose Marie Rizzo (August 31, 2020), his father Alfonzo Rizzo (1955), his mother Anna Corio-Rizzo (1966), and his brother Joseph Rizzo (2019). He was employed as a Journeyman Tool and Die Maker at Proto Tool (Ingersol Rand) Company for over 21 years, as well as Valeo (Blackstone) Corp and MRC (SKF), and then finished his career at Stuart Tool and Die. Jack was dearly loved and will be missed by his family and most of all by his five grandchildren who called him NaNu. He was a great follower of their sports careers and loved traveling to watch them participate in their sporting events and was extremely proud of all their outstanding achievements especially the young adults they have become. Jack had many hobbies and was a very talented man. He was especially proud of his home that he built in 1978 on Palm Road with the help of some family and friends. He was a die-hard fan for the Cleveland Browns and the New York Yankees. He was also an avid golfer and bowler in his earlier years. He enjoyed hunting, splitting wood, making home-made maple syrup, listening to music, including Neil Diamond and Christian hymes. He valued the time he spent with his friends golfing, going for breakfast with his buddies and the Exercise Club called the "Morning Maniacs" at JCC. Jack loved sharing with his family the many Italian traditions such as his Italian cookies, raviolis and other favorite family recipes. He was a Little League Manager for the National League, North side of Jamestown, managing the Kiwanis Club for over 13 years with a couple of championships. He was President and Vice President quite a few times over the 13 year period for the Little League Association. He was awarded a silver bowl for his coaching, by the Kiwanis Club. He managed a North Side Pee-Wee Football Team for 5 years. He was the first manager of the Little Big-League Team for 16 and 18 y/o young men. He was a Certified Volleyball Official for the Chautauqua/Cattaraugus County Volleyball Association. He was a Certified Football Official for the Southern Tier for 30 years retiring in 1998. His name was known throughout Chautauqua and Cattaraugus County High Schools as being a dedicated official. He called his share of high school championship games at Rich Stadium in Buffalo New York throughout those years. He was a Certified Softball Umpire for the Chautauqua County Softball Association dedicating 25+ years of umpiring for the Association. Jack has always had a passion for helping people. He was well known and very well liked by all who knew him. He has a large circle of friends that he loved spending time with. Jack was blessed to be a member for 21 of the Fluvanna Fire Department. He held several positions in the Department such as Vice-President, Financial Secretary and served as a Board Member. In 2001 he was elected by his peers as "Fireman of the Year," and in 2018, he was honored by receiving "Man of the Year." He was a member of Promise Keepers, The War Vets, IAU Union and Kairos Prison Ministry at the Gowanda Correctional Facility for Men. He served on the Advisory Committee also for Kairo and member of Koinonia of Jamestown New York/Chautauqua County. Prior to his membership at Fluvanna Community Church, he was a member of Levant Wesleyan Church. He was always actively involved in Christian fellowship groups and ministries. He was on the Board of Trustees and faithfully participated in prayer time and ushering. Jack will be remembered mostly for his love of Christ and that he was a faithful servant of the Lord. He always found opportunities to share the Gospel with others and demonstrated attributes of the Lord. Because of his Christian walk, he set a beautiful example for other men to follow. Jack has made a lasting impact on so many lives. The funeral will be held at 10 a.m. Thursday in Fluvanna Community Church. Burial will be in Lake View Cemetery. Friends will be received from 3-7 p.m. Wednesday in the Lind Funeral Home. Memorials may be made to Fluvanna Community Church or Fluvanna Volunteer Fire Department. You may leave words of condolence at www.lindfuneralhome.com.

Share Your Memory of
Jack
Upload Your Memory View All Memories
Be the first to upload a memory!
Share A Memory