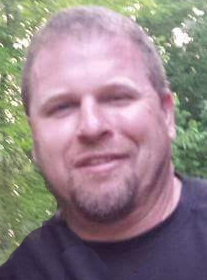 Scott W. Digel, 48, of Bemus Point, NY, passed away Monday morning, December 27, 2021 in his home following a brave battle with cancer. He was born March 18, 1973 in Bradford, PA, a son of W. James and Barbara Herzog Digel, and received his Bachelor's degree from Indiana University of Pennsylvania. Scott was employed as assistant manager of the Walmart store in both Bradford and Olean before going to work for Universal Well Services in Bradford. He was most recently a Completions Consultant for Seneca Resources in Kane, PA. An avid hunter, Scott enjoyed many hunting trips out West. He also enjoyed snowmobiling, fishing, and watching all sports. Surviving is his wife, Gail Daniels Digel whom he married August 28, 2004; his parents, Jim and Barbara of Cyclone, PA; sister, Christine (Mike) Park of Mt. Jewett, PA and brother, Craig (Jamie) Digel of Smethport, PA; as well as several nieces, nephews, and cousins. Friends will be received from 11 a.m. to 1 p.m. on Friday, December 31st at the Birch Grove Mennonite Church in Port Allegany, PA, where a memorial service will follow immediately. A Celebration of Life will be held at a later date to be announced. Memorials may be made to Mission4Maureen, 1568 S. Green Road, Unit 21602, South Euclid, OH 44121.

Share Your Memory of
Scott
Upload Your Memory View All Memories
Be the first to upload a memory!
Share A Memory