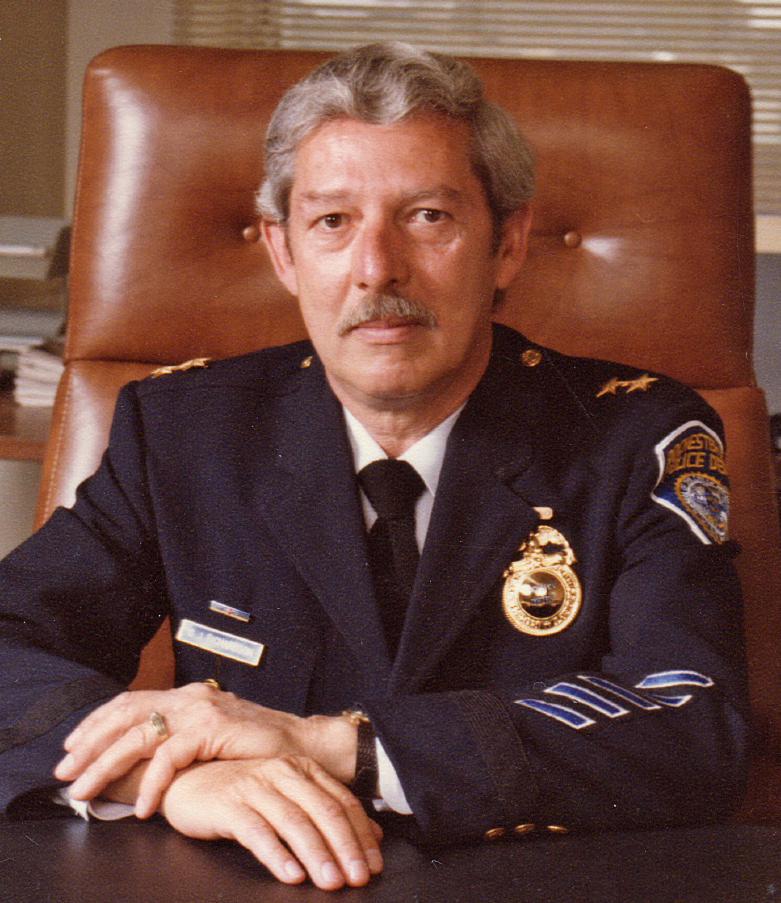 Charles Joseph Richardson ("Chuck"), age 93, of 466 Front St., Jamestown, died on January 11, 2022, at the Salamanca Rehabilitation and Nursing Center. Chuck was born in West Bloomfield, New York, to Oliver Lysle and Ella Berneice Jenkins Richardson. He was a member of the class of 1945 at Honeoye Falls High School. After leaving high school, he served briefly in the United States Maritime Service, then enlisted in the United States Army Air Corps in 1946. He was honorably discharged in 1949. After leaving the military, he moved around working various jobs until joining the Rochester Police Department in 1953. He had a long and distinguished career with the RPD rising through the ranks until retiring in 1985 as Deputy Chief - Administration. Early in his service with the Police Department, he was instrumental in developing the RPD Motorcycle Squad. As he rose through the ranks, he implemented many policy and procedural updates, some of which are still in place today. While serving the City of Rochester, he attended numerous law enforcement education institutes including Indiana State at Bloomington, Indiana, Washington University, St. Louis, and the FBI National Academy. In 1964 Chuck was awarded a diploma in Police Administration from the Traffic Institute at Northwestern University, Evanston, IL. He was a member of the NYS Association of Retired Chiefs of Police, the Association of Rochester Police & Area Law Enforcement Retirees (ARPALER), and the Rochester Chapter of ASIS International. Among his personal memberships were the American Motorcycle Association, the Jamestown Audubon Nature Center, the Chautauqua County Historical Society, and the Jamestown Rifle Club. He served on the boards of Daybreak Alcohol & Drug Rehabilitation Center, the John L. Norris Alcohol & Drug Rehabilitation Center in Rochester, and on the Chautauqua County Substance Abuse Council in Jamestown. He was a long-time member of Alcoholics Anonymous. Chuck's greatest pastimes included riding motorcycles, a lifelong favorite, and playing his Allen organ. Two of his more memorable later life adventures include making a solo 4,000-mile round trip on his Kawasaki Vulcan to Albuquerque, NM at the age of 80 to visit family, and a year later taking a ten-day sailing trip in the British Virgin Islands with his sons. He had an all-encompassing sense of adventure and was patriotic. When he moved to the Southern Tier in 1989, he immersed himself in volunteer service through RSVP, Retired and Senior Volunteer Program, especially at the Chautauqua County Probation Department. Chuck was very spiritual, and he and his wife, Ginny, were involved with and embraced by members of the Seneca Nation of the Allegany area. Survivors include his wife, Virginia Alexander Richardson, whom he married August 5, 1989; sons, David (Wendy), Hemlock, NY, and Karl, Rio Rancho, NM; stepsons, Quentin Yeager, Jamestown, NY, and Eric Yeager (Sharon Daugherty), Palmyra, PA; grandchildren: Kenneth Charles Johnson (Abigail), Zachary Johnson, and granddaughter-in-law Larissa Vogel-Johnson, all of Portland, OR; Caleb Johnson (Hannah), Albuquerque, NM, Joshua Richardson, Rochester, NY, Matthew Richardson, Denver, CO, and Jade Richardson and Evan Richardson of Rio Rancho, NM; great-grandson, Skylar Johnson, Portland, OR; sisters-in-law, Mary Richardson, Warsaw, NY, and Agnes Richardson, Bergen, NY; and goddaughter, Gail Craig, Churchville, NY. He is also survived by many nieces and nephews, and by his adoptive Seneca Beaver Clan brother, Mark Printup, Steamburg, NY. Chuck was preceded in death by his parents; his first wife, Hedy Guse Richardson; his daughter, Karen Jean Johnson; a grandson, Granger Johnson; his four brothers, Oliver Lysle, James Andrew, Thomas, and Donald William; and three sisters, Virginia Eygabroat, Margaret Besse Ayers, and Ida Grace Favata. In lieu of flowers, Chuck requests that donations be made to the Chautauqua Region Community Foundation, 418 Spring Street, Jamestown, NY 14701, or to a charity of one's choice. Visiting hours will be held at the Lind Funeral Home on Wednesday, January 19th from 6 to 7:30 p.m., followed by a short slideshow of Chuck's life and an open mic period for brief sharing. A celebration of life will be announced for a later date at First Congregational Church in West Bloomfield, NY.