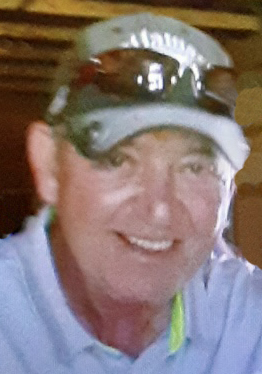 Obituary of Gerould A. Moran

Gerould Andersen Moran, 77, of Jamestown died Wednesday, January 12, 2022, in his home. Jerry was born in Kane, PA on April 23, 1944. He graduated from Eisenhower High School in Russell, PA in the Class of 1962, where he excelled at basketball. Jerry's two favorite interests were playing golf and his dedication to his beloved Buffalo Bills. He was a long-time member at South Hills Country Club and Breezewood Golf Links. He was especially proud of his double eagle and 2 holes-in-one. He was also a talented bowler and played softball for many years as well. Whether it was golf, bowling or softball, Jerry looked forward to and enjoyed participating in league nights. As all who knew him can attest, he was a competitor whom everyone respected and admired. He worked at Art Metal for many years prior to their closing in 1971. Following that he worked for a short time at Falconer Plate Glass, was Manager of Red Star Express, and finished out his work years as Shipping Supervisor at Valeo Engine Cooling from where he retired. Jerry is survived by his companion and best friend Anne Zepka. Also surviving are two daughters, Kimberly (Dave) Kowalski of Jackson, MI and Danielle (Joe Cordero) Moran of Houston, Texas; a son, Troy (Mary) Moran of Jamestown; and a stepdaughter, Toni (DJ) Chamberlin of Forestville. Jerry had a total of 14 grandchildren: Stephen and Alex Spaulding of Jackson, MI; Nicole Kowalski of Westland, MI; Amanda (Blake) Ryan of Jackson, MI; Ashley De La Cruz of Clearwater, FL; Kevin and Shannon Moran of Jamestown; Elijah, Devyn, Brayden and Brody Cordero of Houston, TX; and Leah, Adyki and Joey Chamberlin of Forestville. He is also survived by a brother, Niels Christian Andersen "Brownie" of Dansville, NY and a sister, Sherry (Jim) Hanson of Jamestown and several nieces and nephews. He was predeceased by his parents, Frank and Ruth Andersen Moran, as well as his infant granddaughter, Gabrielle Spaulding and his siblings, Richard, Michael and Shawn Moran, Karen Papaserge, and James Johnson. Following Jerry's wishes, no funeral service or visitation will be observed. A private celebration of Jerry's life will be held at the convenience of the family. Memorials may be made to Chautauqua Hospice & Palliative Care, 20 W. Fairmount Ave., Lakewood, NY 14750.

Share Your Memory of
Gerould
Upload Your Memory View All Memories
Be the first to upload a memory!
Share A Memory