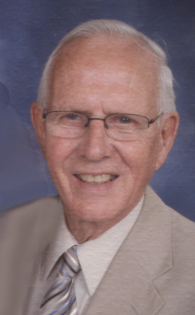 Robert C. "Bob" Lind, 93, of Jamestown passed away on Tuesday, January 18, 2022, peacefully in his home. He was born November 7, 1928, in Buffalo, NY, the son of the late Bernhard F. and Dorothy Willets Lind. Bob graduated from Jamestown High School in 1946. During his high school years he was a member of the JHS basketball team and a proud member of the A Cappella Choir. In later years he enjoyed time with classmates planning milestone class reunions. Following high school he served in the US Army during WWII in Japan and the US Navy during the Korean War. He worked for the Pennsylvania Gas Company for 10 years and then went to Simmons School of Mortuary Science in Syracuse graduating in 1959. He came back to Jamestown to join his parents and brothers serving the Jamestown community as a funeral director at their family business, Lind Funeral Home, Inc. Singing in a quartet in his earlier years brought him much joy, especially the old gospel numbers. He was an avid sports fan attending JHS Football and Basketball games right up to the present. He enjoyed going to his children's, grandchildren's, and extended family's ball games, sporting ball caps supporting that team. He loved to play horseshoes at his cottage on Chautauqua Lake. His passion though for over 40 years was playing handball at the Jamestown YMCA where he was a member for 75+ years and a past board member. He was also a member of Ingjald Lodge #65 IOV and Mt. Moriah Lodge #145 F & AM. A member of the former Westminster Presbyterian Church for nearly 60 years, he was a choir member all those years, and served as a Sunday School teacher, trustee, Elder, and financial secretary. He was a member of Zion Covenant Church in recent years where he was also a choir member. Bob always had a close relationship with the Lord and lived his life by example. Bob had a great sense of humor, a warm smile and quietly touched so many lives. On May 1, 1949, he married his high school sweetheart, Virginia "Ginny" Thomas and they celebrated 67 wedding anniversaries. She preceded him in death on January 22, 2017. He was also preceded in death by a brother, B. Rodney Lind and two sisters, Ruth E. Donelson and Carol Ann Kindberg. He is survived by three children; Robin (Russ) Bonfiglio and Lori (Jill Ryan) Lind, both of Jamestown and Thomas "TR" (Kathie) Lind of Oviedo, FL; six grandchildren, Drew (Emily) Bonfiglio of Media, PA, Mandy (Jeff) Kraska of N. Tonawanda, Oktaveon Ryan of Jamestown, Keenan (Courtney) Lind of Plantation, FL, Juliana and Annelise Lind of Oviedo, FL; and seven great grandchildren, Scarlett Mei, Kai Robert, Nico Gore, and Xavier Lind Bonfiglio, Abrielle Grace, Addison Joy and Christian Joseph Kraska; a brother, Herbert "Skip" (Louanne) Lind of Jamestown and a sister, Andrea M. Hyde of Crossville, TN. He was also survived by many nieces and nephews who were very special to him; and his loving caregivers who were like family. The funeral will be held at 11 a.m. Wednesday in Zion Covenant Church. Rev. Rick Miller, pastor, will officiate. The service will be livestreamed at zioncov.org. Friends will be received from 3-6 p.m. Tuesday in the Lind Funeral Home. Masks are required to be worn at both the funeral home and the church. Burial will be in Lake View Cemetery. Memorials may be made to the Jamestown YMCA, 101 E. Fourth Street, Jamestown or Zion Covenant Church, 520 Fairmount Avenue, Jamestown. You may leave words of condolence at www.lindfuneralhome.com.