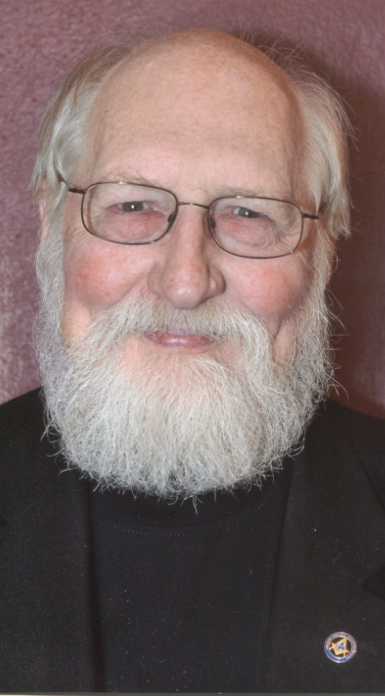 Clyde W. Card, 76, of Jamestown, NY, passed away on Thursday, January 20, 2021, in his home following a brief illness. A lifelong area resident he was born July 24, 1945, to Mary VanDamme Card. Clyde was a 1963 graduate of Jamestown High School and earned his associate degree from Jamestown Community College in 1971. Continuing his education, he earned his bachelor's degree from the State University of New York at Fredonia, summa cum laude, in political science and law and his JD Program from the State University of New York at Buffalo School of Law, with a concentration in labor law. He also completed the New York State Court of Appeals Clerkship Program in 1985. He was a proud veteran of the U.S. Army serving from 1963-1964 being honorably discharged as a Sergeant. Clyde was currently employed as Executive Director of the Chautauqua Region Law Center, formerly the Chautauqua Legal Services, where he has worked since 1974 bringing civil legal services to the indigent of Chautauqua County. In earlier years he had worked for the former Crescent Tool Corporation serving as labor union President of Crescent Tool Lodge # 1551, International Association of Machinists and Aerospace Workers. He was an active member of the St. Luke's Episcopal Church serving as a reader, elder and vestryman and was also an ordained elder for the former Westminster Presbyterian Church. As a community activist, he was a former member of the mayor's labor management committee, the city housing grievance committee, and past chairman of the mayor's veteran's commission. He served on the board of directors for Chautauqua Opportunities and the Chautauqua Mental Health Association. He was a past commander of the Ira Lou Spring Post #149, American Legion, vice commander of the Chautauqua County American Legion, and past president of the ILS Veteran's Club. As an avid sportsman he was active in the Chautauqua County Youth Hockey Program, serving as president for many years, the Western District U.S.A. Hockey of New York, Jamestown Little League and Babe Ruth Baseball Program, and the Jamestown Area Youth Soccer Program. He also participated in several adult softball leagues for several decades. During his high school years, he ran track and cross country for Jamestown High School. Clyde was also very active in Masonic circles as a member of the Mt. Moriah Lodge # 145, Free and Accepted Mason's and the Hiram Lodge # 25 in Newark, Delaware. He was well known as a lecturer and researcher, having given many lectures to various Masonic bodies, events, and dinners in Northeastern United States including, New York, Pennsylvania and Delaware. He was also a 32nd degree member of the Scottish Rite Valley of Jamestown, Conewango Counsel # 143 of New York and Pennsylvania, Dunkirk Council # 25, Cryptic Mason's, Dunkirk Commandry # 40 Knights Templar, Western Sun Chapter # 67, Royal Arch Masons, Masonic Society, Philates Society, the Justice Robert H. Jackson Lodge of Research and many other affiliations of the Masonic order. For his many years of service to the Masonic community he was a recipient of the Meritorious Service Award. Surviving is his wife, the former Janet E. Sample, whom he married May 27, 1972, his mother, Mary Card of Jamestown, his two sons; Ryan (Penny) Card of Jamestown, Jared (Eryn) Card of Newark, DE, four grandchildren; Anna, Madison, Gavin and Ian Card, and three step-grandchildren; Drew Emerling, A.J. Emerling, Alex Davis, a bother; Charles Henri (Becky) Card of Jamestown and a sister; Louise "Kitty" (Tom) Russo of Falconer, NY. A memorial service will be held at 2 pm Wednesday in St. Luke's Episcopal Church. The Rev. Luke Fodor, rector will officiate. Inurnment will be in the St. Luke's Church Columbarium. A symbolic Masonic Funeral Service, and MSA service, will be conducted just prior to the memorial service at church. Masks must be worn during church services. Friends will be received from 6-8 pm Tuesday in the Lind Funeral Home where masks must be worn. Memorials may be made to the St. Luke's Episcopal Church, 410 North Main St. Jamestown, NY 14701. You may leave words of condolence to Clyde's family at www.lindfuneralhome.com.

Share Your Memory of
Clyde
Upload Your Memory View All Memories
Be the first to upload a memory!
Share A Memory