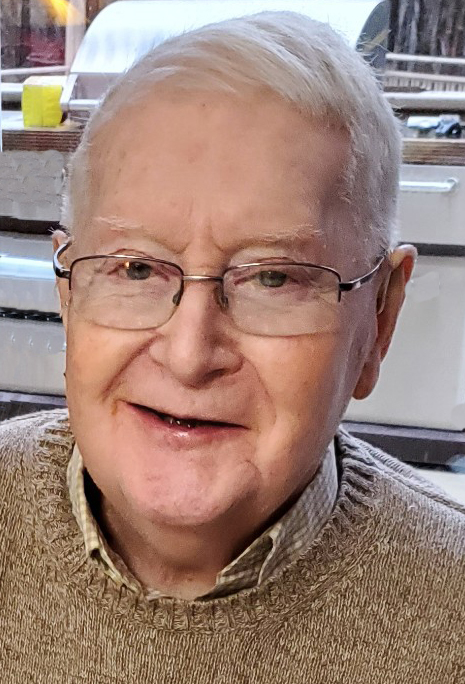 Donald Earl Walter, 89, formerly of Ashville, NY and Lewisboro, NY, passed away Sunday morning, January 23, 2022 in his home in Jamestown. He was the husband of the late Mary Lou (Goodwill) Walter, whom he married November 24, 1952 and who died June 2, 2012. Don was born November 4, 1932 in Warren, PA, and was a son of the late Earl and Lola (Wellman) Walter. He grew up in Youngsville, PA, went to school there and continued his education at Oberlin College and studied music. Later in life, he returned to school and went to Columbia University where he earned his Master's Degree. Following graduation, Don taught music, coached basketball and drove the school bus in Warren, Ohio before relocating to Pound Ridge, NY. He taught vocal and instrumental music at Pound Ridge Elementary School and later at Fox Lane Middle School in Bedford, NY. He also taught private piano lessons for most of his adult life and continued to teach well into his 80's. Don was the Organist and Choir Director at Mt. Kisco Presbyterian Church in Mt. Kisco, NY for 30 years. During his career he also wrote and directed several musicals at the Elementary and Middle School grade levels. A true family man, Don was a devoted caregiver to his wife of 60 years, taking care of her for many years as she battled Alzheimer's Disease. His grandchildren used words to describe him as: hero, adventurous, invincible, passionate, the glue that held the family together, effervescent, committed, tenacious, personable, devoted, character, selfless and venerable. Don was the ultimate role model for hunting down fun and seizing the party spirit. His annual Christmas singalongs will always be remembered and missed. In his lifetime he designed and built three homes for his family, including his dream home, Hemlock Hollow, in Ashville, NY. Although music was his vocation and passion, design and building were his second love. He was also a lifelong Mets fan. He loved to travel and see the road less traveled and twice took summer trips across the country with his family. Surviving are four children: David (Nita) Walter of Jamestown, Susie Buzzetto, Cindy (Chip) Warner of Ashville, and Doug (Nicole) Walter of Portland, NY; twelve grandchildren: Marty McQuillan, Jr., Michael McQuillan, John McQuillan, Scott Walter, Lauren Walter Jacobs, Jack Warner, Caitlin Warner Lent, Jeffrey Warner, Sara Buzzetto Heban, Ryan Buzzetto, Devin Walter and Derek Walter; nine great grandchildren: Madeleine, Caroline, Kinsley, Rowan, George, Niall, Quinn, Waverleigh and Ava; as well as many nieces and nephews. In addition to his wife Mary Lou, and his parents, Don was preceded in death by a daughter, Lynette Walter McQuillan, and a brother, George Walter. Heaven gained a great and loving man when Don passed away peacefully in his sleep. He is fully healed now and is with God, his wife and daughter. Don taught us to love and be loved. His life revolved around his family. He always welcomed everyone into his home and into his life. He was truly a beloved friend to all. A private family service will be held. Visitation will not be observed at this time. Burial will be in Youngsville Cemetery. A celebration of Don's life will be held at a later date to be announced by the Lind Funeral Home. Memorials may be made to the Infinity Visual and Performing Arts, 301 E. 2nd St. #101, Jamestown, NY 14701; or to the Alzheimer's Assoc. of WNY, 6215 Sheridan Dr., Suite 100, Amherst, NY 14221-4837.

Share Your Memory of
Donald
Upload Your Memory View All Memories
Be the first to upload a memory!
Share A Memory