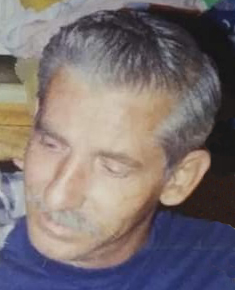 Sherrill J. Surrena, 80, of Jamestown, died unexpectedly January 26, 2022 at UPMC Chautauqua. He was born August 2, 1941 on Porter Road, Marion Township, in Butler County, Pa., and was a son of the late Otis Paul and Bessie Pearl (Collingwood) Surrena. Sherrill was born into a large loving family; family was important to him. He married Evelyn E. McMurdy in 1961 and they were blessed with four children: Ruby Ann (Edward) Holtz, Sherrill J. (Joanne) Surrena, Jr., Paul Daniel Surrena, and James David Surrena. He remarried in 1973 to Melody A. Chrispell, and had an additional child, Kelly Ann Surrena. He later married Forest Star Fulmer in 1976. She brought three children to their marriage: Theresa M. Paladino, Gandy P. Loiacono, and Anna M. Loiacono that he raised as his own. They later had two additional children: Edward Otis (Abbey) Surrena and Cheryl Ann Surrena. Together his ten children provided him with 31 grandchildren and 25 great grandchildren. After attending Vandyke schools in Pennsylvania, he was employed by MRC/TRW/SKF as a machine operator for 38 years, retiring in 2002. In addition to his employment, he owned several local businesses, including Surrena's Keystone, Surrena's Gulf Station, Hilltop Pennzoil, Surrena's Towing, and did seasonal snowplowing. He was a skilled automobile mechanic, car salesman, and auto detailer who often pinstriped his own trucks. Sherrill was a volunteer fireman for the Kiantone Fire Department, and after his time as a fire fighter, he continued to support his local VFD by fundraising for various events. He was also a lifetime member of the Loyal Order of the Moose in Falconer, NY. Sherrill was a hard-working man with "down home" values and simple tastes. He was an avid race fan who was known to indulge in the pastime himself on occasion, but mostly loved to support his sons in their racing endeavors. He enjoyed traveling and camping with his family and would often spend his summers in his fifth wheel camper, meeting up with his siblings in Pennsylvania or Tennessee. Sherrill enjoyed the thrill of gambling at the local casino or the local tavern. He enjoyed country music, whether attending live concerts or simply driving in his truck while listening to the radio. On occasion he would even sing for his children. Later in life, he enjoyed the simpler pleasures in life – a cold beer while relaxing on his deck or in his recliner with his faithful companions while watching TV. Loved ones left include his wife, Forest Star Surrena; sisters, Mary (Gary) Brown and Lillian (Fred) Schutz; and his memory will be cherished by and live on through his children, grandchildren, and great-grandchildren. In addition to his parents and his first two wives, he is preceded in death by his brothers, Otis, Ray, Russ, Gene, Don, and Jack Surrena; sisters, Ruby M. Surrena and Margaret Jewel; his son, James David Surrena; and by his faithful companion, Boots. Friends will be received from 2 to 3 p.m. Wednesday, Feb. 2nd in the Lind Funeral Home. A memorial celebration of life will be held at a later date to be announced.

Share Your Memory of
Sherrill
Upload Your Memory View All Memories
Be the first to upload a memory!
Share A Memory