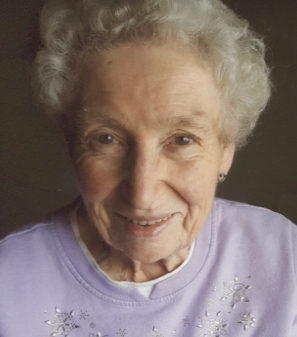 Ann J. Johnson, 91, of Tanglewood Manor, formerly Lakewood, NY, passed away Tuesday, February 22, 2022 at UPMC Chautauqua. She was born February 11, 1931 in Jamestown and was the daughter of the late John and Elizabeth Smolarski Koliwaske. In earlier years, Ann was employed by National Worsted Mills and later Blackstone Manufacturing. She enjoyed crocheting, crafts, and gardening. Ann also looked forward to time with her Lakewood Singles group at various gatherings, sharing meals and traveling. She is survived by a son, Richard (Lori) Johnson of Warren, PA; two daughters, Betsy (Craig Coleman) Hatch of Cuba, NY and Cindy Brown-Bova of Arizona; eight grandchildren; several great grandchildren, nieces and nephews; and her sister-in-law, Norma Gagliano of Frewsburg, NY. Along with her parents, Ann was preceded in death by her husband, Richard L. Johnson in 1979, and a son, Theodore "Ted" Johnson in 2014. The funeral will be held at 12 noon on Friday, Feb. 25th in the Lind Funeral Home, led by Rev. Mike Childs. Friends will be received for one hour prior to the service Friday, from 11 a.m. to 12 p.m. Burial will be in Lake View Cemetery. In lieu of flowers, the family requests memorials be made to a charity of one's choice.