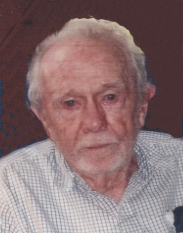 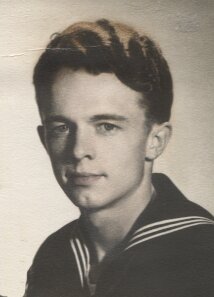 Albert Lewis Kent, 99, of Ashville, New York, formerly of Blockville and Panama, passed away March 27, 2022 in St. Vincent's Hospital in Erie, PA. An area resident most of his life, he was born Feb. 24, 1923 in Jamestown, a son of the late Albert John and Alice (Werner) Kent. He graduated from Panama Central School in 1941 and joined the US Navy shortly after World War II started. During his time in the Navy, he served as an aviation ordnance man and worked on a top secret drone project in Traverse City, Michigan. The drones were manufactured here in Jamestown. Before retirement, Albert worked for many area businesses. He worked for the Erie Railroad laying and repairing track, at Chris-Craft as a boat builder, Norquist Furniture Co., and Automatic Voting Machine. Albert and his wife Donna owned and operated the former Alice Lee Home for Adults in Ashville, NY for many years. For 20 years they were foster parents for more than 40 babies and cared for handicapped and disabled adults for more than 30 years. Albert had a love for music, poetry and animals. Besides his parents, he was preceded in death by his wife of 69 years, Donna Struble Kent; three sisters: Dorothy (Floyd) Hiller, Eunice (Mitchell) Evanczik, Phyllis (Leo) Stawiarski; and a brother Donald (Grace) Kent. Surviving is a brother James (Carolyn) Kent of Denver, CO; three daughters: Sue (Phil) Roller of Blockville, Alby (David) King of Ashville with whom he made his home for the last eight years, Cynthia (Jack) Lindquist of Jamestown; three sons: John (Penny) Kent of Panama, Robert (Margaret) Kent of Jamestown, Paul Kent of Jamestown; 11 grandchildren; 21 great-grandchildren; and three great-great- grandchildren. No visiting hours will be observed and a private family service will be held at the Lind Funeral Home and burial will be in Lake View Cemetery.

Share Your Memory of
Albert
Upload Your Memory View All Memories
Be the first to upload a memory!
Share A Memory